Globally connected and regionally anchored, the University of Bern is a public institution with a strong focus on excellence in research and teaching.

With notable strengths in space science, dentistry, climate science and biomedical engineering, it also hosts several global research platforms in areas including apiology, paleoscience and sustainable development. Nationally, it is a highly regarded player in research as a leading house for five national competence centres in areas such as health and medicine and experimental physics. With roots in the 1500s, the institution is based in the heart of the Swiss capital, Bern, and counts Albert Einstein as a former lecturer.

Founded in 2016, the Guild comprises nineteen of Europe’s research-intensive universities in fourteen countries and works to enhance the voice of its members' researchers and students. 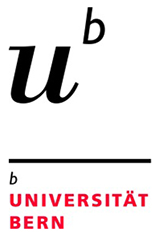