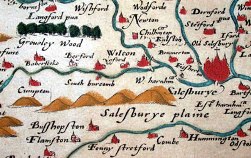 'Borders and Boundaries', the third edition of eSharp, includes contributions from Central and East European Studies, Classics, Music, Politics and History of Art. The future of the European Union is considered in terms of its expansion to include Bulgaria and Romania and, in another paper, the Union's relations with the Baltic States and Kaliningrad. Further papers consider the difficulties faced by Roma in the Czech Republic, images of sexuality and sexual diversity in the Russian press, and class conflict in late Roman Gaul.