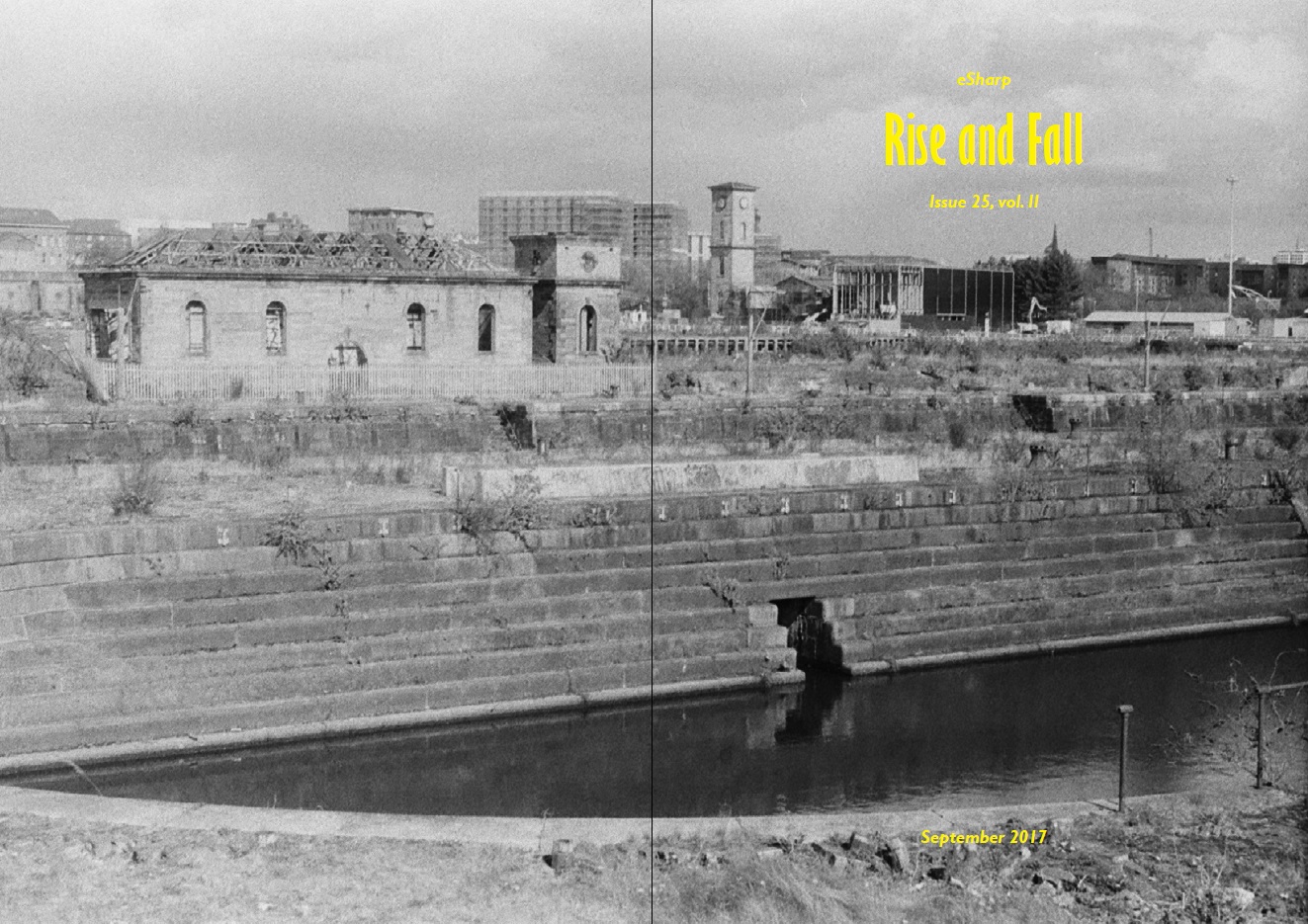 In Volume 1 of 2017’s issue, eSharp travelled through varied crests and troughs in the fields of literature, media, politics, philosophy, and human rights. From the psychedelic highs of marijuana-use in the Vietnam war, to the sinking hopes of asylum seekers in an increasingly hostile contemporary Britain, the journey has so far been both surprising and fascinating. In Volume 2, we bring six fresh voices to the conversation.

In Ingrid Bols’ article on Anton Arensky, a Russian composer well-regarded in his lifetime, but critically dismissed after death, we find resonances with Gemma Elliott’s study of author Dorothy Richardson from Volume 1. The fickle nature of fame led both, under very different circumstances, to fall from favour. With Arensky, however, his personal rise and fall are merely the framework from which Bols seeks to draw out his place within broader themes. In particular, she argues from compositional evidence that nationalist and cosmopolitan discourses, often characterised in opposition with one other in the context of late-imperial Russia, were in fact entwined.

From the music of a nineteenth century Russia struggling to find its national identity in the face of its western neighbours, we move to seventeenth-century Scotland, and the difficulty of its playwrights in forging distinctive theatre against the more highly developed traditions of its English contemporaries. By arguing for the acknowledgment of Scottish Restoration drama as both important in its historical context, and worthy of scholarly consideration today, Heather Wells works to raise it from the shadows of its better-known, and better-respected, English counterparts.

Staying with theatre, but moving from Restoration Britain to contemporary Malawi, Amy Bonsall provides a fascinating insight into the political and social power of performance. Campaigners for women’s rights, which are enshrined in law, but violated in practice, have turned to the medium of touring theatre to present, and also to embody, key messages. An all-female cast challenges gendered expectations by their very roles as actors, and more so in their portrayal of men, whilst the messages of their plays highlights injustices and means for their amelioration in ways accessible to rural women.

The disjunction between legal rights and lived equality are brought to the fore again by Lucien Carrier in his article on gay rights movements, and the shortcomings of struggles for emancipation that are based on identity politics, which see oppressive lines of division further entrenched. The paper argues for a reorientation of the struggles for substantive change in a direction that will shake the very foundations of the current structures of power, rather than seeking acceptance within them.

Returning to the theatre, we find that for Effie Samara, as for Bonsall, performance is a powerful tool. In this case, it becomes a means to disturb the exclusionary discursive barriers of the contemporary West, that fail to give space to the exile. Drawing on Derridean thought, Samara offers a challenging, poetic reimagining of the exilic state through its narration, using scenes from her own play, Lesbos,to demonstrate the application of theory within dramatic practice.

A philosophical approach again takes centre stage in Maria Marchidanu’s study of Robert Louis Stevenson’s Kidnapped, which is considered through the lens of existentialist thought. Marchidanu demonstrates how the Scottish author embraced and explored notions of the self and the nature of freedom through his work, and points to the way in which Stevenson’s approach strongly reflects the existentialist movement that developed in continental Europe.

The papers of this second volume of Rise and Fall have grappled extensively with the intricacies and undulations of movements, from the social and political to those within the arts. They have traced the changes that societies the world over have undergone, the struggles and obstacles of the past that have defined the contemporary state of affairs, and also the inextricable links that tie the international, political and artistic, spheres in which humanity moves. We are grateful to all the authors for their intellectual contributions to this stimulating theme, and for their hard work in preparing their manuscripts. We would also like to thank the peer reviewers, whose thorough and constructive comments aided both authors and editors immensely.

The views expressed in the articles belong to their authors alone. They do not reflect the position of eSharp, the University of Glasgow, or its College of Arts.