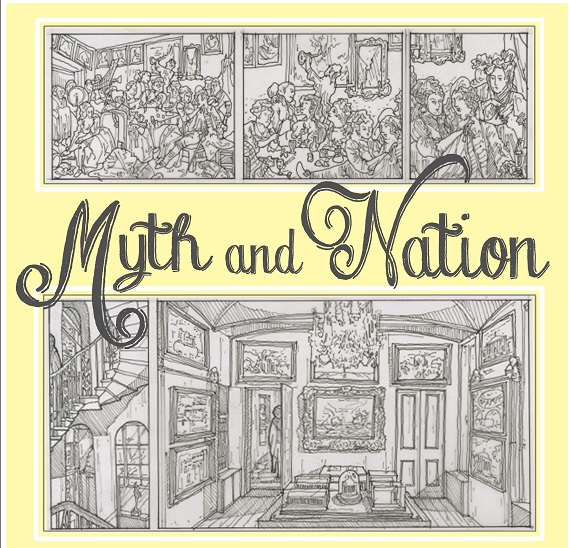 While Myths are most commonly associated with heroic tales and instances of fantasy, the impact and influence of these cultural symbols can be understood as engaging with discourses of political and national (dis)empowerment. Roland Barthes understands mythology as a primary mode of signification, providing symbols and narratives which foster both collective ideologies and individual identities. Our aim with this issue was to give our authors and readers the opportunity to explore how these cultural symbols and systems of signification shape and influence our narratives of belonging - particularly in relation to the category of Nation. As Mythological and National narratives transect both public and private spheres, they influence and cultivate collective identities and specific local practices. The eleven essays collected within this issue trace this interaction between the public and private realms, offering new and insightful commentaries on both modern and ancient national mythologies which challenge and confront our preconceived notions of both myth and nation. From the Norse Prose Edda to the emergence of the American Technological Sublime and the use of modern print media culture, our authors trace the emergence of new national mythologies and question their importance in shaping our current self-perceptions. The papers collected within this issue traverse an impressive range of both myths and nations - from Orkney to the Canals of Venice, and from the Australian Outback to Norway, uncovering new connections within old cultures and exploring the concept that myths aren’t simply stories but are in fact ‘a special type of speech’.

Image: Detail from the comic 'Drawing Soane's', by Eu Jin Lim. Reproduced with permission of the artist.