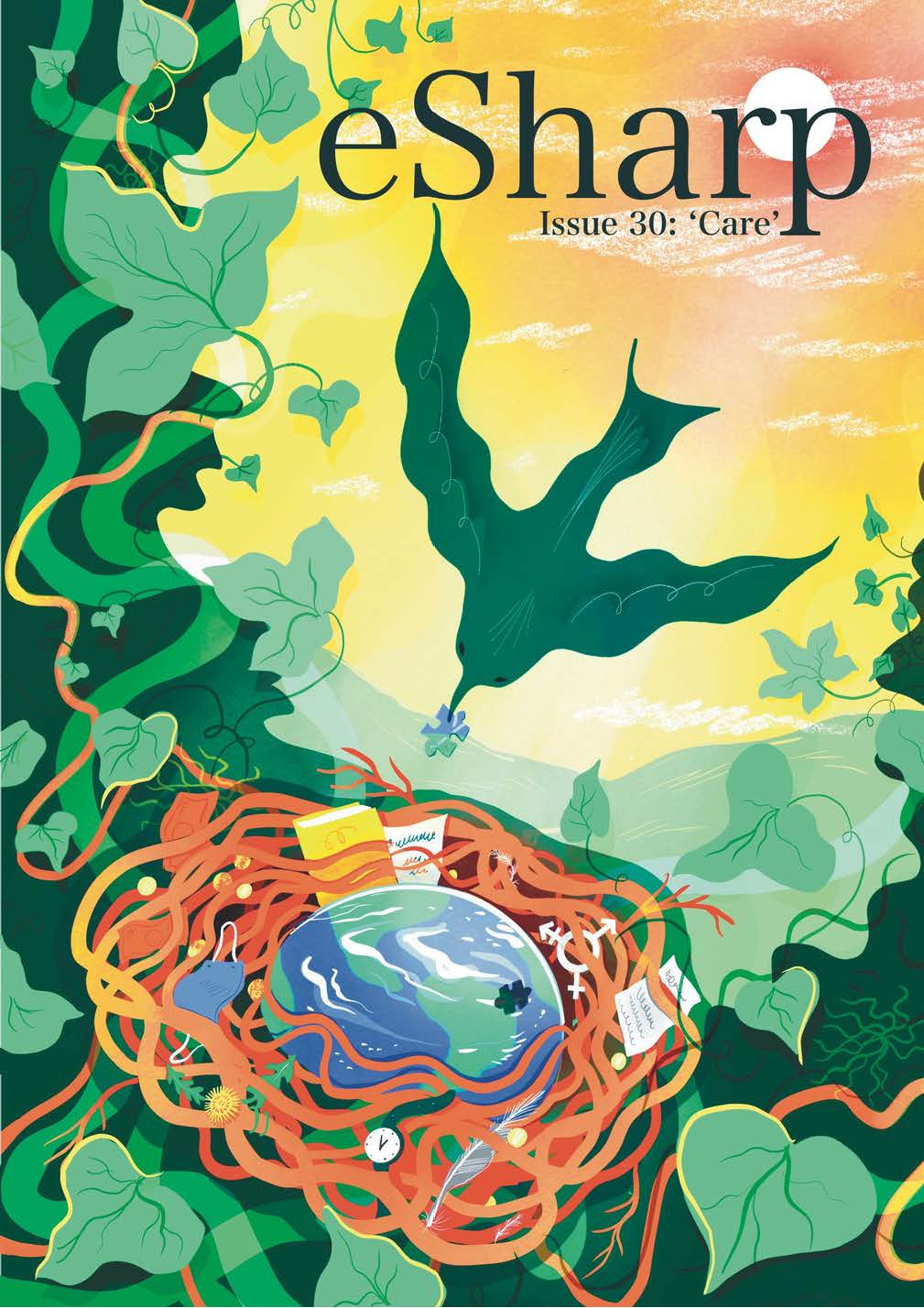 Letter from the Editors

Our current social and political climate seems to be characterised by ever-increasing disconnection and disaffection. The media is now routinely saturated with apocalyptic images of climate chaos: lives and livelihoods ripped apart by catastrophic floods and wildfires. Meanwhile, politicians that large swathes of the population did not vote for determine how we utilise public wealth to tackle climate breakdown, ameliorate poverty, oppose fascism, and support record numbers of individuals fleeing war and persecution. Massively centralised and disenfranchising forms of governance can leave us feeling hopeless and defeated in the face of immense social and existential challenges. The COVID19 pandemic compounded this situation by encouraging further social fragmentation and disengagement as one of its many unfortunate consequences.

Having identified the problem, how are we to respond? The theme of this year’s issue of eSharp – 'Care' – was selected as a defiant rebuttal to the normalisation of violence, destruction, disenfranchisement, and xenophobia around the world. Increasingly, it feels as if we are encouraged to be passive in the face of any and all extremes. Instead, the editors of this issue invited work that reflects on what it means to care in various contexts, and on the various ways in which care is deprioritised and suppressed. The theme proposes a rejection of the command to ignore and look away.

As always, the journal publishes academic criticism that is written by postgraduate students. However, this year we also decided to feature a range of artworks and creative reflections from various practicing artists. It is our hope that this will be illustrative of an approach that sees art, theory, and criticism as part of a continuum. This approach does not simply value academic analysis taken in isolation, but considers how this work might share a platform with the artistic efforts upon which it often draws.

Across the work featured in this issue, we find explorations of the origins and structure of careless passivity, self-interest, and aggression, alongside attempts to discern new ways of provoking and practicing care. We believe that fostering innovative methods of emotional engagement – with the world and with one another – is one of humanity’s most urgent tasks.