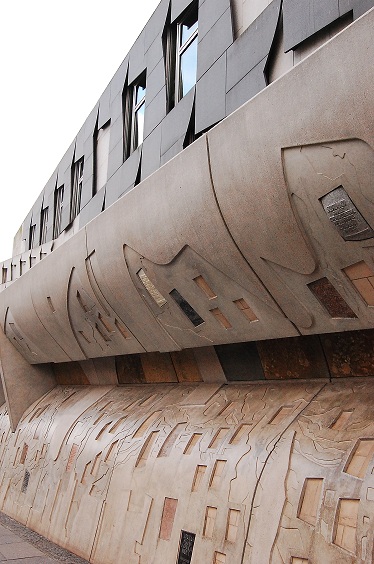 In focussing its analysis on all aspects of the intersections of politics and aesthetics, this issue aims to address concerns relating to how representations are created, managed and disseminated, by whom and for whom.

We are pleased to present an issue which brings together an extraordinary array of articles tackling the interrelations of politics and aesthetics in literature, art, religion and sociology.

The body, human or monstrous, plays a central role in many of these articles: in its usage as site of performative strategies, as medical images of intersex bodies in Hilary Malatino's 'Medical Histories, Queer Futures: Imaging and Imagining 'Abnormal' Corporealities', or of political strategies, as in Ela Przybyło's analysis of 'The Politics of Ugliness'. Whereas the latter focuses on the usage of the body in relation to feminism, Danielle Tran's 'An exploration of the use of colonial discourse within Mustafa Sa'eed's interracial relationships in Season of Migration to the North' explores the depiction of masculinity in African postcolonial literature. Masculinity and its interceptions with monstrosity are also at the centre of Heather Rae's analysis of depictions of Greek giants in Classical and Renaissance art and literature. Villy Karagouni's article on Jean Rhys's Voyage in the Dark investigates the neglected political impetus of Rhys's aesthetics, whilst Cyril Belvis uses the language of religious devotionals in order to investigate performativity in 'The Godly Ilongga as Performative and Surplus: A Textual Analysis of Flores ni Maria Santisima'.

What all these articles have in common, as diverse and interdisciplinary as they are, is their questioning of aesthetics, which can never just be seen to present beauty, but rather to represent strategies, ideas, images – politics.