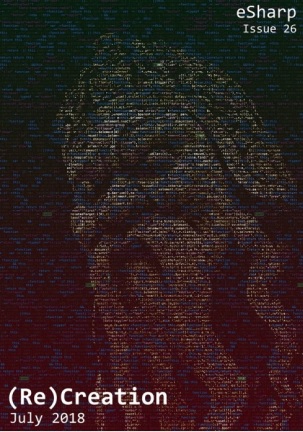 When choosing a theme for the 26th issue of eSharp, ‘(re)creation’ universally appealed to the editorial board, all of whom hail from very different disciplinary backgrounds. By inviting submissions from postgraduate students in Arts, Humanities and Social Sciences, we sought a diverse range of interpretations of this theme. Though these articles represent a wide range of scholarly fields, when read collectively their work speaks to each other in meaningful ways.

In ‘Pathways and Practice: The General Practitioner in Nineteenth-Century Dundee’, Morag Allen Campbell scrutinises the developments in the medical profession in nineteenth-century Dundee, discussing the rise of one of the key professions in our current national health care system – the general practitioner.

The concept of recreation is literally performed in ‘Rebirth and the Dramaturgy of Utopia in The Suitcase Ensemble’s Travelling Show’, Tess Bundle’s article that analyses the work of The Travelling Show, a theatre production that creates its performances using the gifts offered by the previous audience. These gifts mean that the storyline is constantly evolving. At the end of each performance new gifts are added, recreating the narrative of the Travelling Show.

Our next two articles take an intertextual approach to their analysis of their chosen texts. In ‘Philip Pullman’s His Dark Materials: Recreating Paradise Lost as a Narrative of Adolescence’, Prema Arasu examines Pullman’s recreation of the book of Genesis in the His Dark Materials series and his depiction of adolescence as a period of recreation of the self. Then in ‘“This Tiny Rivulet”: (Re)Creating the Female Voice in Classical Epic’, Eleanor Small contrasts the novels Cassandra, The Penelopiad and Lavinia with the classics the Iliad, the Odyssey and the Aeneid, demonstrating how their female authors create an antithesis of the dominant male-narrative in the Classics by retelling these Greco-Roman narratives from the point of view of their female characters.

Moving from literature into contemporary cinema, in ‘(Re)Creating Boundaries: “Going Native”, “Indianness” and Heroic Masculinity in The Revenant (2015)’ Jack Rutherford uses Alejandro G. Iñárritu’s film ‘the Revenant’ as a case study for representations of Native Americans in Hollywood, focusing on Glass – the film’s main character – and his stereotypical characterisation of ‘Going Native’.

In Robert Scott’s ‘Humanity is Dead, Long Live Humanity!: From Posthumanism to Postcapitalism via Hegel’ we look to the future and the evolution of humankind. In this thought-provoking article, Scott encourages us to reflect on what it means to be human and how the use of technology can bring us to a posthumanist stage.

The collection concludes with Calum Scott’s ‘An Exploration of the Notion of Sound (Re)production Through Media Archaeological Creative Praxis’, in which Scott reflects on the notion of sound, asking whether it is possible for technology to ever recreate the intrinsic characteristics of sound. In doing so, Scott presents us with the rationale behind his sound sculpture, Eigenfunction, a piece that attempts to encapsulate the raw experience of sound.

The process of working on the 26th issue was itself an act of creation – we created a new issue of the journal by reshaping the ideas and voices of the authors, peer-reviewers and editors to form a single, coherent work. We hope that this issue, which moves from medical history to sound art, and from the late Middle Ages to the present day, will enrich the minds of our readers and encourage them to build bridges between different disciplines.