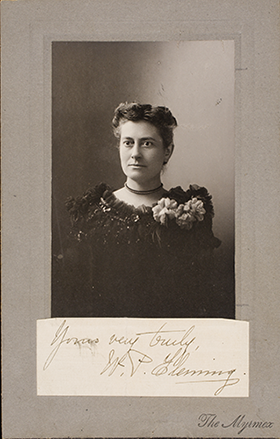 Born in Dundee in 1857, Williamina worked as a teacher before emigrating with her husband to the USA at 21. Shortly after, she and her child were abandoned and she worked as a maid for the director of the Harvard College Observatory (HCO), Edward Pickering. She was later offered employment at the Observatory and was taught how to analyse spectra from stars as the first of an all-women team of ‘computers’. She was made an Honorary member of the Royal Astronomical Society of London in 1906, and was presented with a medal by the Astronomical Society of Mexico.

Whilst at the HCO she devised a system for classifying stars by the amount of hydrogen in their spectra (the colours of light given off by the star). Williamina discovered, amongst other objects, more than 360 stars, 59 nebulae (clouds of gas and dust in outer space), including the Horsehead Nebula in the constellation of Orion.

Williamina catalogued over 10,000 stars and her discoveries greatly advanced astronomy. Her classification system led the way to the development of the systems used today.

Catherine Booth of the National Library of Scotland 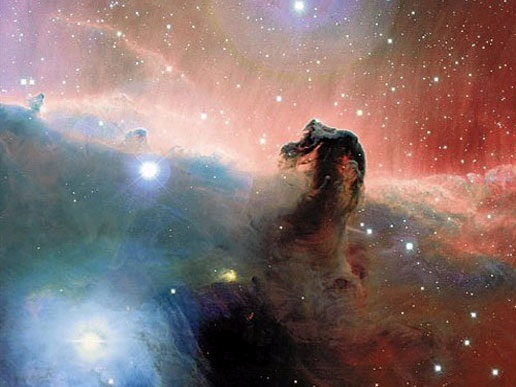 The Horsehead Nebula. © Jean-Charles Cuillandre, via NASA Blueshift under an Attribution 2.0 Generic license (CC BY 2.0)

Find out more about Mary Andross