Born in Aberdeenshire in 1864, Maria was educated in Edinburgh and London gaining a degree specialising in geology, botany and zoology. She then failed to gain a place at Berlin university as she was female. Given the chance to travel to the Dolomites in Italy, she focussed her research on the geology of the region and went on to produce key work. In 1893 she gained a Doctor of Science in Geology from the University of London, and in 1900 a PhD from the University of Munich for her work in the fields of geology, palaeontology and zoology. She was the first woman to do either. Maria was also an active campaigner for women’s rights, and in 1935 was honoured as a DBE for her work concerning the welfare of women.

Maria was an expert in fossil corals and carried out most of her geological research in South Tyrol, an area of the Alps and part of the mountain range the Dolomites, famous for their dramatic peaks. At the time they were thought to have been made from the remains of coral reefs. Maria changed this and was one of the first geologists to show that the limestone peaks there were formed by movements of the Earth's crust.

In total Maria wrote more than 30 scientific papers on her work on the Dolomites, many of which were important and influential. She was described as arguably the most productive female geologist of her time and her theories have formed the basis of the modern understanding of the geology of the region. 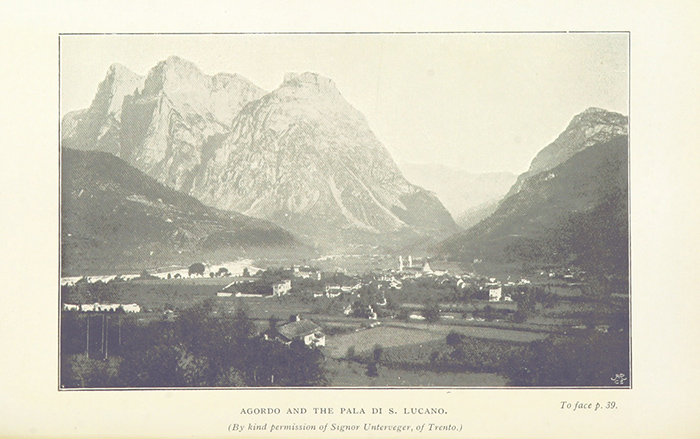 Image: The Dolomites, in 1896. Image courtesy of the British Library‌

Find out more about Maria Gordon