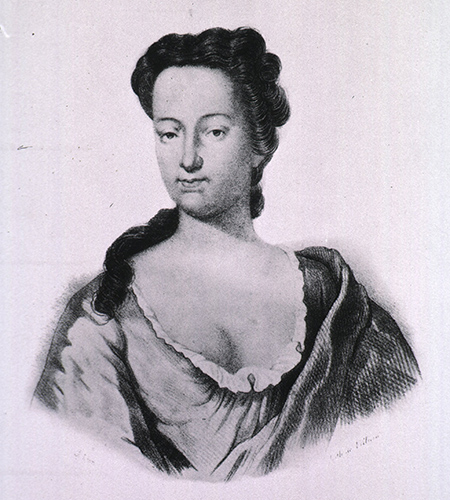 Born in Aberdeen in 1707, Elizabeth had received tuition in drawing and painting as a young woman. She was best known as a botanical artist who produced the art for "A Curious Herbal", a ground-breaking guide to plants. At the age of 28, Elizabeth married Alexander Blackwell a doctor and accountant. She later found out he was practicing illegally and they fled to London. Alexander set up a printing company, but again did so illegally and was fined heavily. Unable to pay his debts he was sent to prison leaving Elizabeth to look after their child.

What is a herbal?

A herbal is a book of plants, describing their appearance, their properties and how they may be used for preparing ointments and medicines.

In a desperate situation, Elizabeth learned that a new herbal was needed to depict and describe exotic plants from North and South America. She decided that she could illustrate it, and that Alexander, given his medical background, could write the descriptions of the plants. Blackwell was untrained in botany. To compensate for this, she was aided by Isaac Rand, then curator of the Chelsea Physick Garden, where many of these new plants were under cultivation. In addition to the drawings, Blackwell engraved the copper printing plates for the 500 images and text, and hand-coloured the printed illustrations.

The first printing of A Curious Herbal met with moderate success, due to the great llustrations and the need for an updated herbal. Physicians and apothecaries acclaimed the work. A second edition was printed 20 years later in a revised and enlarged format. 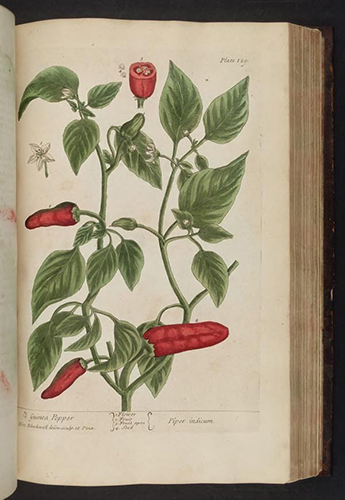 Guinea pepper from Blackwell’s A Curious Herbal. Image courtesy of the Biodiversity Heritage Library via Flickr under thre terms of a Creative Commons Attribution 2.0 Generic license (CC BY 2.0) 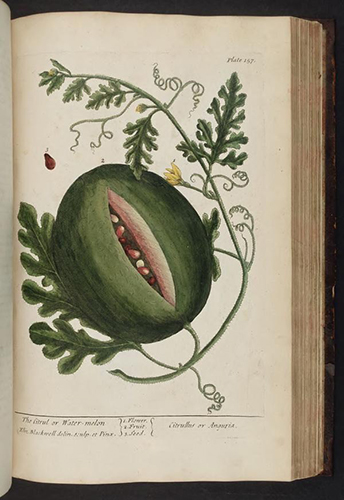 Water melon from Blackwell’s A Curious Herbal. Image courtesy of the Biodiversity Heritage Library via Flickr under thre terms of a Creative Commons Attribution 2.0 Generic license (CC BY 2.0) 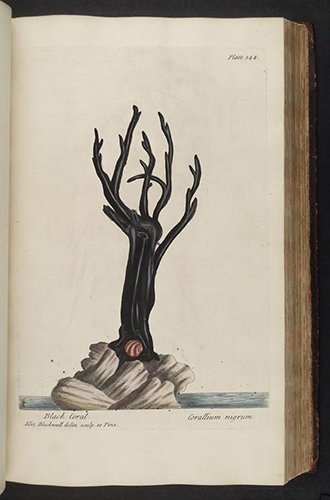 Black Coral from Blackwell’s A Curious Herbal. Image courtesy of the Biodiversity Heritage Library via Flickr under thre terms of a Creative Commons Attribution 2.0 Generic license (CC BY 2.0)

Find out more about Elizabeth Blackwell