Two artefacts stolen from Nepal that were thought to be lost forever are to be repatriated. 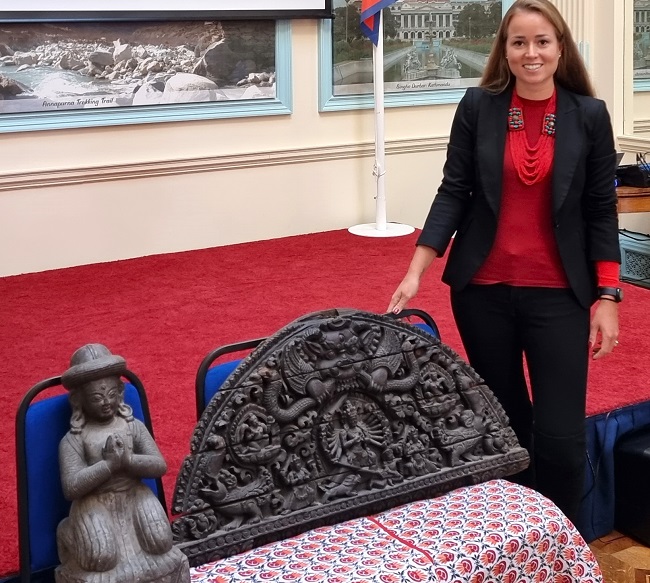 Two artefacts stolen from Nepal that were thought to be lost forever are to be repatriated.

The artefacts being returned to Nepal include a carved wooden Torana from the 16th Century and a carved stone sculpture of a kneeling devotee with the Namaskar Mudra from the 18th Century.

Both were illegally taken from temples in the Kathmandu Valley sometime in the late 1980s to 1990s.

Receiving the artefacts, Mr Gyan Chandra Acharya thanked the Metropolitan Police and all those involved in recovering the lost art objects of Nepal, including Dr Emiline Smith of the University of Glasgow. 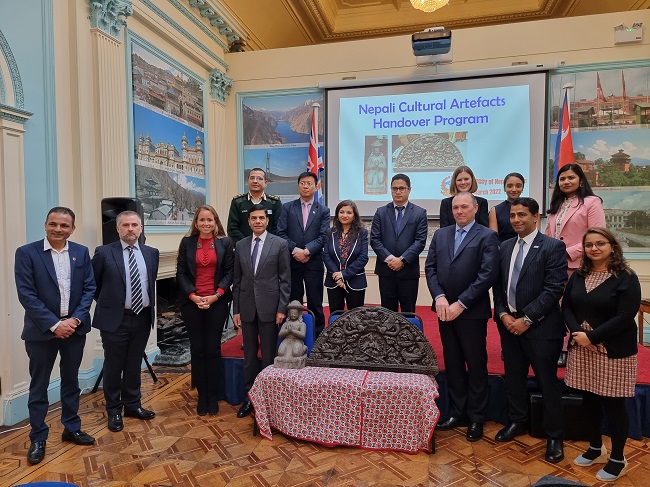 Detective Superintendent Roch said that the Metropolitan Police’s Art and Antiques Unit is proud of its role in the recovery of these two previous pieces and are delighted that they can be returned to Nepal.

Both artefacts might never have been returned had they not been traced and located through several high-quality photographs of them in their original temples, which were captured prior to their theft.

Photographs of both were located on the website of a London-based private antiquities dealer by the cultural repatriation activist Lost Arts of Nepal, which tweeted of their discovery in November last year.

The post was flagged by Emiline Smith, a Lecturer in criminology at the University of Glasgow who specialises in the trafficking of cultural and natural resources within Asia. Dr Smith was instrumental in raising the incident with authorities in Nepaland the Metropolitan Police.

Dr Smith said “This repatriation is the result of many collaborators dedicated to reinstating these cultural objects to their rightful owners, the Nepali communities from which they were removed. These cultural objects symbolise the rich cultural, living heritage of Nepal, and I am proud to have played a very small part in their return.

She added: “It is heartening to see that more and more private and public dealers and collectors around the world are taking proactive steps to engage with these problematic narratives around their collections and reinstating them to their rightful owners. As far as I know, this is the first voluntary return of Nepali cultural objects from a private gallery. Of course, there are many more looted, trafficked and stolen Nepali cultural objects in foreign collections, and I hope many more will be repatriated soon, if Nepal so wants.”