University of Glasgow researchers are celebrating the announcement of tens of millions of dollars in new funding to advance the science of gravitational wave astrophysics.

The US-based National Science Foundation announced today (Thursday 14 February) that Caltech and MIT will share in $20.4m (£15.9m) to upgrade the Laser Interferometer Gravitational-wave Observatory (LIGO), an NSF-funded international collaboration which made history in 2015 after making the first direct detection of gravitational waves.

While LIGO is scheduled to turn back on this spring, in its third run of the "Advanced LIGO" phase, the new funding will go toward "Advanced LIGO Plus." Advanced LIGO Plus is expected to commence operations in 2024 and to increase the volume of deep space the observatory can survey by as much as seven times.

Researchers from the University of Glasgow’s School of Physics and Astronomy played a vital role in the development of LIGO’s sensitive mirror suspensions, which made possible the first gravitational wave detections, and in the sophisticated data analysis techniques which underpin each detection.

Professor Sheila Rowan, director of the University’s Institute for Gravitational Research, said: “In the three years since LIGO’s first detection of gravitational waves, we’ve observed a remarkable string of cosmic events including a series of black hole collisions and a neutron star merger, the majority of which would have gone unnoticed here on Earth without the advent of gravitational wave astronomy. 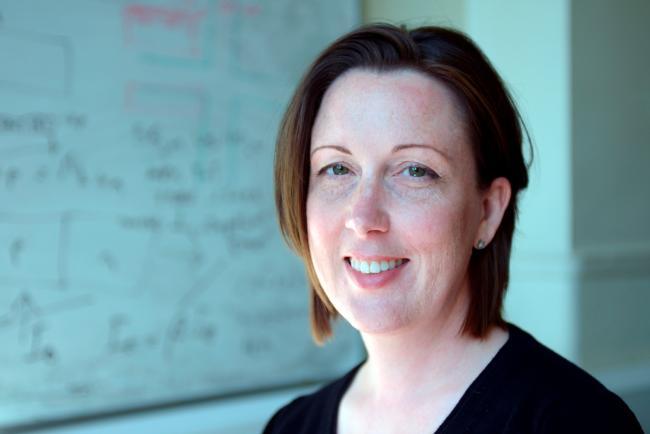 “This announcement of new funding for Advanced LIGO Plus ensures that we’ll continue to build on these strong foundations by making the detectors even more sensitive to the vibrations of spacetime. We expect the steady stream of detections we’ve enjoyed so far turn into a torrent, providing us with invaluable new data about our universe.”

Caltech's David Reitze, executive director of LIGO, said: “The UK has always played a critical and innovative role in gravitational wave detector development, most recently providing the test mass suspensions, a key component to the Advanced LIGO interferometers.  ALIGO+, the next phase of Advanced LIGO, continues in that tradition.

“The UK-Australia-US partnership will bring Advanced LIGO to a level where we will detect binary black hole collisions on an almost daily basis by the middle of the next decade."

The enhanced capabilities afforded by ALIGO+ are expected to illuminate the origins and evolution of stellar-mass black holes, allow precision tests of extreme gravity, enable detailed study of the equation of state of neutron stars, and permit new tests of cosmology, including fully independent constraints on the Hubble constant.

UK Research and Innovation Chief Executive, Professor Sir Mark Walport, said: “In confirming the existence of gravitational waves, the LIGO project generated unique insights into the nature of our universe and fuelled world-wide interest in science. This Nobel-winning project also illustrated the importance of international collaboration in research.

“The UK’s technological and scientific expertise will continue to play a crucial role in ALIGO+, which aims to further increase our understanding of the events that shape the universe. The UK investment in ALIGO+ and support for a third gravitational wave detector in India underlines UKRI’s commitment to developing existing collaborative research and innovation programmes with partners.”

In the UK, the ALIGO+ project will involve the Universities of Glasgow, Birmingham, Cardiff, Strathclyde and STFC’s Rutherford Appleton Laboratory.

The UK is also supporting the construction of a third LIGO detector, in India. LIGO-India is expected to become operational at about the same the time as ALIGO+ in 2025, with the design changes included from the start. This will form a global network of five detectors – the others being in Italy and Japan.

NSF Director France Córdova said: “This award ensures that LIGO, which made the first historic detection of gravitational waves in 2015, will continue to lead in gravitational wave science for the next decade.

“With improvements to the detectors -- which include techniques from quantum mechanics that refine laser light and new mirror coating technology -- the twin LIGO observatories will significantly increase the number and strength of their detections.

Advanced LIGO Plus will reveal gravity at its strongest and matter at its densest in some of the most extreme environments in the cosmos.

“These detections may reveal secrets from inside supernovae and teach us about extreme physics from the first seconds after the universe's birth.”