University leaders have written to politicians and government to warn of the risks for research, staff and students if the UK leaves the EU without a deal.

In an open letter to MPs, Universities UK, the Russell Group, Guild HE, Million Plus and University Alliance – which collectively represent more than 150 higher education providers across the UK – say the impact of a no deal scenario could lead to “an academic, cultural and scientific setback from which it would take decades to recover”. 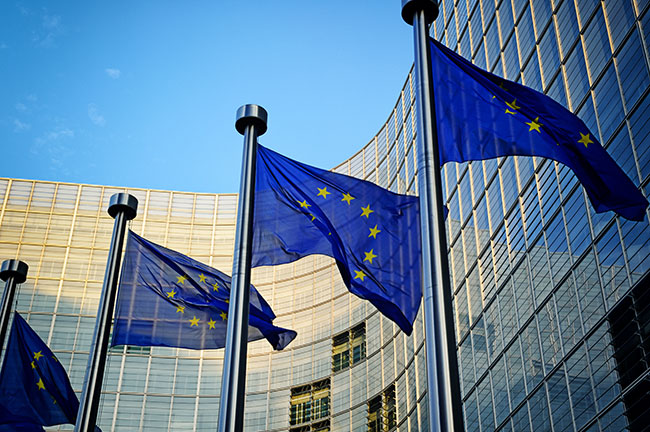 The letter states: "Our 50,000 EU staff and 130,000 EU students, not to mention the 15,000 UK students studying in Europe, are starting the new year facing significant uncertainty about their futures.

"Vital research links will be compromised, from new cancer treatments to technologies combatting climate change. The valuable exchange of students, staff and knowledge would be seriously damaged. And we share the concerns of business about the impact of no deal on everything from supply chains to security and travel."

In their letter, the university leaders say the government needs to “demonstrate the required ambition, put the right measures and guarantees in place, and, crucially, avoid the UK crashing out of the EU without a deal on 29 March”.

As a matter of urgency, they call for a guarantee that research funding from which the UK may be excluded at the end of March will be replaced.

European Research Council (ERC) and Marie Skłodowska-Curie Actions (MSCA) schemes will be worth an estimated €1.3 billion to the UK over the next two years, and fund vital scientific discovery, including in developing new cancer treatments and to combat climate change. The UK is currently the most successful country in hosting ERC grantees, ahead of Germany, but would immediately become ineligible in the event of no deal.

Professor Dame Janet Beer, President of Universities UK, said: “We are home to one of the best research systems in the world, attractive to stellar academics, top students and global partnerships, and we must not let this be compromised by a no deal Brexit. Time is running out to make decisions on issues which will ultimately affect the country and society as a whole.

“While we welcome the assurances that the government has already provided about the continuation of Horizon 2020 funding in a no deal scenario, it is critical that similar guarantees are extended, without delay, to cover ERC and MSCA funding.

“Without cast-iron assurances, world-leading academics and researchers may leave for countries where access to ERC funding is not at risk, and those currently considering relocating to the UK may think again.”

Professor Dame Nancy Rothwell, President and Vice-Chancellor of the University of Manchester, said: “University research is at the forefront of scientific and medical breakthroughs and many are only possible through EU research collaborations, on projects led by UK universities.

“At the University of Manchester, vital and transformative research programmes risk being disrupted, such as our work on proton-beam therapy for cancer patients, which allows more precise targeting of tumour sites and minimises damage to surrounding tissue, and our Nobel-prize winning work on graphene, the strongest, thinnest and most versatile material ever identified.

“Leaving the EU without a deal would be a serious setback for these fields of discovery and many more, from the arts and social sciences to engineering and nuclear research. Researchers who have already spent months or even years preparing funding bids would be left high and dry, including those whose application would be stuck in the middle of the evaluation process.”

Examples of ERC funded-projects hosted by UK universities include:

Full details of all ERC-funded projects hosted by UK universities can be found by searching on the ERC website.