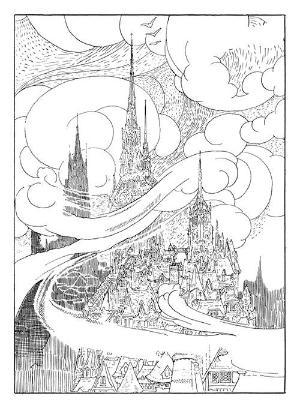 The first academic series with an exclusive critical focus on fantasy, Perspectives on Fantasy will publish cutting-edge research on literature and culture that brings sophisticated discussion to a broad community of debate, including scholars, students, and non-specialists.

Inspired by fantasy's deep cultural roots, powerful aesthetic potential, and reach across a broad range of media – from literature, film and television to art, animation and gaming – Perspectives on Fantasy provides a forum for theorising and historicising fantasy via rigorous and original critical and theoretical approaches. Works in the series will cover major creators, significant works, key modes and forms, histories and traditions, the genre’s particular affordances, and the ways in which fantasy’s resources have been drawn on, expanded and reconfigured by authors, readers, viewers, directors, designers, players, and artists. With a deliberately broad scope, the series aims to publish dynamic studies that embrace fantasy as a global, diverse, and inclusive phenomenon while also addressing oversights and exclusions.

Along with canonical Anglophone authors and texts, the series will provide a space to address fantasy creators and works rooted in African, Asian, South American, Middle Eastern, and indigenous cultures, as well as translations and transnational mediations.

Topics may include (but are not restricted to) examinations of world-building, the development of narrative conventions, the operation of magic systems, the construction of evil, the (re)negotiation of myths and histories, and creators’ engagements with ethical, social, and ecological issues. The series will be alive to fantasy’s flourishing fan cultures, studying how audiences engage critically and affectively and considering the ease with which participants in fantasy communities move from being readers and watchers to players, writers, and artists. 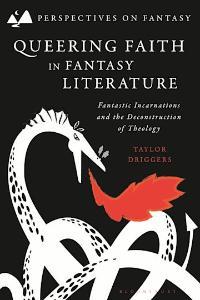 Queering Faith in Fantasy Literature: Fantastic Incarnations and the Deconstruction of Theology, by Taylor Driggers (2022)

Brian Attebery is Professor of English at Idaho State University, USA. He is the author of many monographs including Stories about Stories: Fantasy and the Remaking of Myth (2014). He received a Distinguished Scholarship Award from the International Association for the Fantastic in the Arts in 1991, the Pilgrim Award from the Science Fiction Research Association in 2009, and has twice won the Mythopoeic Scholarship Award.

Dimitra Fimi is Senior Lecturer in Fantasy and Children’s Literature and Co-Director of the Centre for Fantasy and the Fantastic at the University of Glasgow, UK. She has published award-winning monographs on J.R.R. Tolkien and Celtic-inspired children’s Fantasy, and co-edited Tolkien’s manuscripts on invented languages.

Matthew Sangster is Senior Lecturer in Romantic Studies, Fantasy and Cultural History at the University of Glasgow, UK. He has published widely on authorship, literary institutions, city imaginaries, digital humanities, and Fantasy culture. He co-curated the 2011 centenary exhibition The Worlds of Mervyn Peake at the British Library, where he is currently working on further Fantasy-related projects.

Have a monograph proposal that would fit this exciting new series? Submissions can be sent to: Lucy Brown (lucy.brown@bloomsbury.com) Commissioning Editor, Literary Studies and Creative Writing Bloomsbury Publishing