Boundaries and Margins in Fantasy

The Centre for Fantasy and the Fantastic is pleased to announce a call for papers for Glasgow International Fantasy Conversations (GIFCon) 2023 (to be held online on 10-12 May 2023) with the theme of ‘Boundaries and Margins’.

Brian Attebery famously argued in Strategies of Fantasy that fantasy can be conceptualised as a ‘fuzzy set,’ with the edges of the genre mainly understood through the lens of what is placed at its centre. Given the subjectivity inherent to this definition, notions of boundaries (or lack there-of) have been a key concern to academic and critical discourse on fantasy and the fantastic, as well as a preoccupation of fictional texts, with fantastical occurrences often being germinated in liminal spaces and margins. As Rosemary Jackson claims in Fantasy: A Literature of Subversion, “The dismissal of the fantastic to the margins of literary culture is in itself an ideologically significant gesture, one which is not dissimilar to culture’s silencing of unreason.” However, while fantasy fandom has historically perceived itself as being on the margins, the genre and its presumed canon privileges a narrow selection of voices and texts, pushing alternate perspectives to the edges of the fuzzy set. Despite the conception of fantasy as the literature of the impossible, the delimitation of margins and boundaries can undermine the potential offered by multiplicity, eliding certain works and creative practitioners from genre, subcultural fan communities, and academic research.

Boundaries and their transgression have often been seen as inherent to textual encounters with fantasy. This thematic concern with the perceived limits of consensus reality arguably makes it uniquely suited for representing the lived experience of those marginalised by such definitions of realism. Examining the borders of both reality and the genre are central to contemporary fantasy studies, from negotiating the fantastical geographies of works such as Lud-in-the-Mist, Doctor Who, and The Legend of Zelda: Breath of the Wild to contested borders of genre in Gideon the Ninth, Star Wars, and Horizon: Zero Dawn. The genre is increasingly acknowledging the perspective of racially, culturally, and ethnically marginalised creative practitioners, such as in the works of Nalo Hopkinson, Guillermo del Torro, NK Jemisin, Rebecca Roanhorse, and Nghi Vho. Fantasy’s academic discourse is becoming less concerned with establishing a canonical ‘centre’ and more with examining those margins, as seen in the work of Sami Schalk, Ebony Elizabeth Thomas, Rukmini Pande, and Maria Sachiko Cecire. Marginality is the space where fantasy happens.

How do academics, creative practitioners, and fans create, enforce, or challenge boundaries in the production, distribution, and reception of fantasy texts? Fantasy and the fantastic have myriad capabilities for challenging hegemony, but how can that capacity be fully utilised?

GIFCon 2023 is a three-day virtual conference that seeks to examine boundaries and margins within fantasy, be they textual, linguistic, geographical, embodied, or imposed. We welcome proposals for papers relating to this theme from researchers and practitioners working in the field of fantasy and the fantastic across all media, whether within the academy or beyond it. We are particularly interested in submissions from postgraduate and early career researchers, and researchers whose work focuses on fantasy from the margins. We also invite ideas for creative workshops for those interested in exploring how the creative processes of fantastic storytelling and worldbuilding can engage with boundaries and margins  from a practice-based perspective.

We ask for abstracts for 20-minute papers. See our Suggested Topics list below for further inspiration. Please submit a 300-word abstract and a 100-word bionote via this form by January 6th 2023 at midnight GMT.

We also ask for workshop descriptions for 75-minute creative workshops. Please submit a 100-word description and a 100-word bionote via this form by January 6th 2023 at midnight GMT.

If you have any questions regarding our event or our CfP, please contact us at GIFCon@glasgow.ac.uk. Please also read through our Code of Conduct. We look forward to your submissions!

Suggested topics include, but are not limited to, the following:

Please use our online forms for paper and workshop submissions. We aim to review all submissions within a month of the deadline.

We ask for abstracts for 20-minute papers. See our Suggested Topics list below for further inspiration. Please submit a 300-word abstract and a 100-word bionote via this form by January 6th 2023 at midnight GMT.

We also ask for workshop descriptions for 75-minute creative workshops. Please submit a 100-word description and a 100-word bionote via this form by January 6th 2023 at midnight GMT.

Submissions will be accepted based on the following critia:

If you have any further questions on submissions please reach out to GIFCon@glasgow.ac.uk.

GIFCon aims to be an inclusive and diverse space for scholars, students, creatives, fans, and the general public.

As one of the flasghip annual activities of the Centre for Fantasy and the Fantastic, GIFCon is covered by the CFF Code of Conduct. Please take the time to read it carefully.

In addition, please note the GIFCon Netiquette below:

Policy for Participation in Online Sessions (Panels, Keynotes, and/or Workshops)

We believe everybody at GIFCon can contribute to making this event a safe and welcoming environment. Whether you are an Organiser, a Volunteer, Speaker, or an Attendee, please consider the following:

If you are a Speaker at GIFCon, you will be given guidelines that include suggestions such as:

For presentations with PowerPoint slides, please consider the following:

Registration will open in 2023. 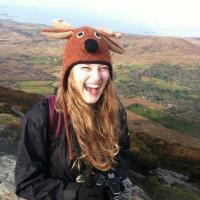 Katarina O’Dette (she/her) is a Film and Television Studies PhD candidate at the University of Nottingham whose research centres on fantasy television, genre studies, and media industry studies. She received a BFA in screenwriting from the University of Southern California and an MLitt in Fantasy from the University of Glasgow. She serves as a general editor on Mapping the Impossible: Journal for Fantasy Research. Her research can be found in Fantastika Journal, Slayage, A Shadow Within: Evil in Fantasy and Science Fiction, and Extrapolation. 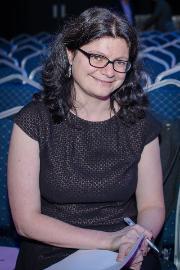 Dr Dimitra Fimi (she/her) is Senior Lecturer in Fantasy and Children’s Literature and co-Director of the Centre for Fantasy and the Fantastic at the University of Glasgow. She has published two award-winning monographs on J.R.R. Tolkien and on Celtic-inspired children’s fantasy, and she has co-edited original manuscripts by Tolkien on linguistic invention. She blogs at: http://dimitrafimi.com/ 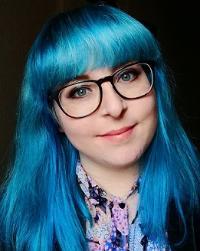 Emma French (she/her) is a 3rd year SGSAH-funded PhD student at the University of Glasgow, researching how Dungeons & Dragons (D&D) consolidates our notions of fantasy, while enabling players to subvert established genre conventions. Her work addresses D&D’s treatment of race, gender, and sexual orientation; and looks at how players are using the game to address and repair the problematic legacies present within fantasy genre-culture. She graduated from Oriel College, University of Oxford, in 2015, and from the University of Glasgow with an MLitt in Fantasy in 2019. Her favourite fantasy authors include R.F Kuang, S.A. Chakraborty, and Silvia Moreno Garcia. 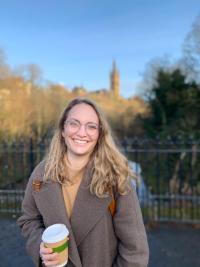 Grace Ann Thomas Worm (she/they) is a 3rd year PhD researcher on Female Fantasy in Tamora Pierce's fantasy world of Tortall at the University of Glasgow where she runs the Intersectional Fantastika reading group, is Vice Editor for the student journal Mapping the Impossible, and the Headquarters Officer for the Centre for Fantasy and the Fantastic and moderator of its Discord server. Grace is an English Literature International Bachelorette accredited secondary teacher who has taught across the U.S. This is her third GIFCon. Her teaching experience and research interests and publications cover fantasy, gender, race, class, ecology, YA, comics, video games, worldbuilding, neo-medievalism, poetry, theatre, and speculative fiction. 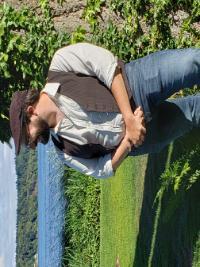 The Rev. Tom Emanuel (he/him) was born and raised on sacred Lakota land in the Black Hills of South Dakota, USA and trained as a minister in the United Church of Christ at the Pacific School of Religion in Berkeley, CA (MDiv 2018). He is currently a PhD student in English Literature at the University of Glasgow, where his research brings together fan studies, sociology of religion, and Tolkien scholarship to explore how non-religious fans make spiritual meaning with J.R.R. Tolkien’s The Lord of the Rings. He lives in Glasgow with his fantasy-nerd spouse and their two budding fantasy-nerd children. 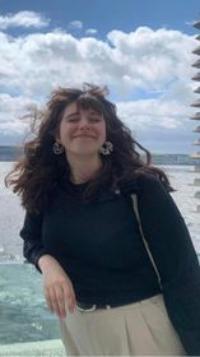 Hannah Mimiec (they/ she) graduated in 2022 from the University of Glasgow with a joint honours degree in Scots Law and English Literature and is currently completing an MLitt in Fantasy Literature at the University of Glasgow. Their current research interests lie within the interaction between fantasy and economics, specifically political economy and feminist theories of work, as well as tabletop roleplaying games. 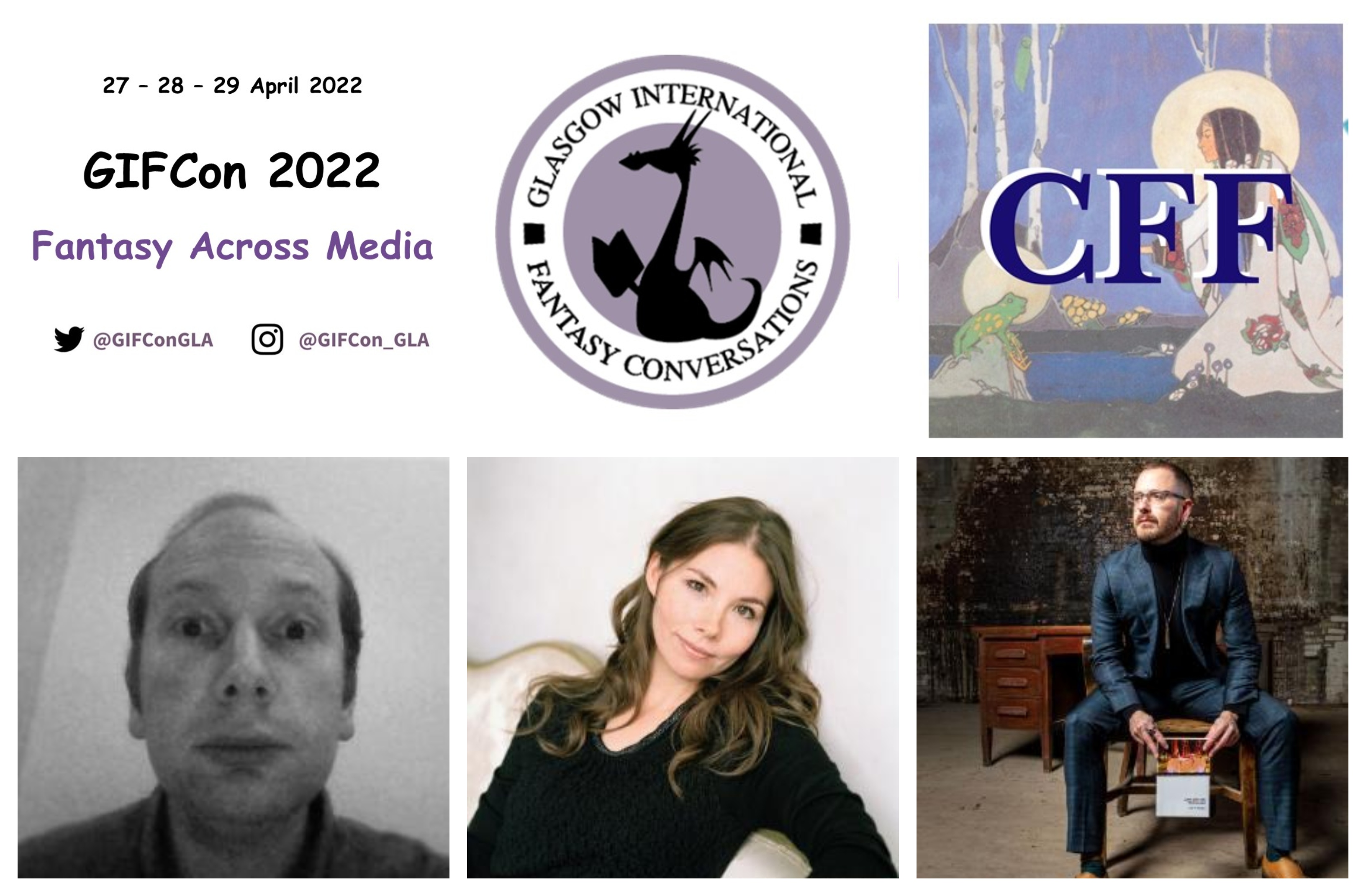