Back to
Theatre and Music

In the first years of the Soviet state, many prisons and camps were encouraged to publish journals and newspapers where prisoners could publish and show how they were being re-educated. The Solovki camp followed the same pattern. Soon after the camp was officially established in 1923, a journal titled SLON was created, together with a wall newspaper written by the guards. These organs were both ideologically committed, however the extraordinary development of theatre and of other cultural activities forced a change, thanks also to the arrival of new printing equipment on the archipelago.

The equipment was used to produce leaflets and posters for the theatre, which was becoming more and more prominent. In 1925 the SLON was renamed the Solovetskie Ostrova and slowly changed its outline and contents, giving more and more space to ideologically free texts. As time went by, the intelligentsia played a more prominent role, and a new newspaper, Novye Solovki, was created. The newspaper hosted camp-related news together with essays and theatre reviews. The journal and the newspaper were sold within and outside the camp, with the journal being sold even in Moscow, Leningrad and abroad.

A publishing boom happened in the mid-1920s, when a lot of wall newspapers were published everywhere in the Solovki camp. In 1926, the excessive freedom of the journal and the rise to power of Frenkel’ (who was against the use of money for cultural activities) caused the interruption of all publications apart from wall newspapers. They restarted in 1929, after Gor’kii’s visit: the Solovetskie Ostrova resembled a literary almanac, the Novye Solovki a typical Stalinist camp newspaper, being fully ideologically oriented.

The transferral of all printing equipment to the White Sea-Baltic Canal building sites marked the end of the SLON publishing system, apart from some newspapers, which were produced in small numbers.

Back to
Theatre and Music 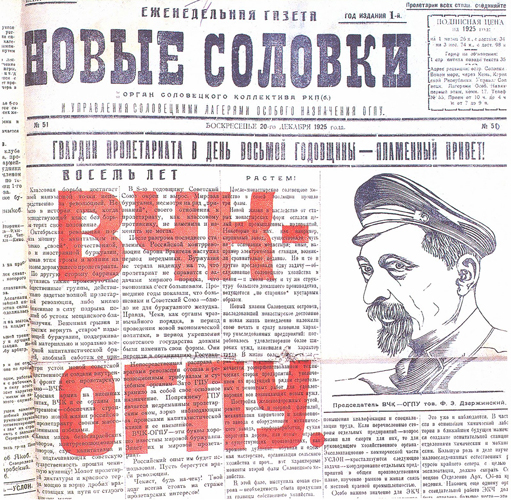 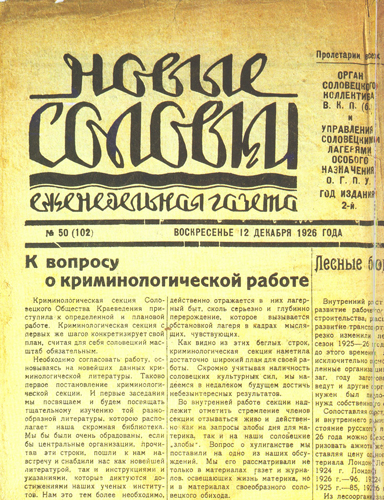 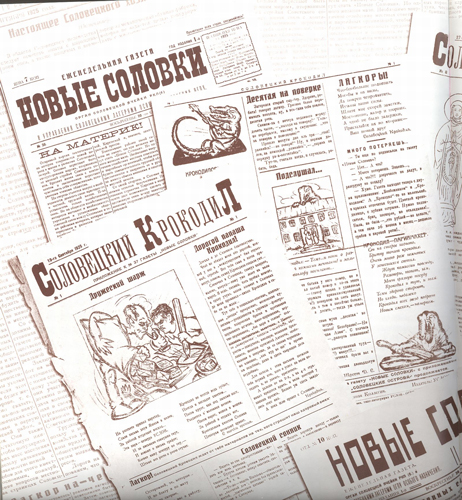 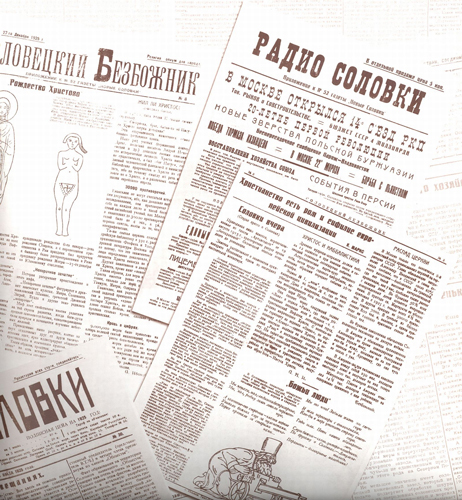 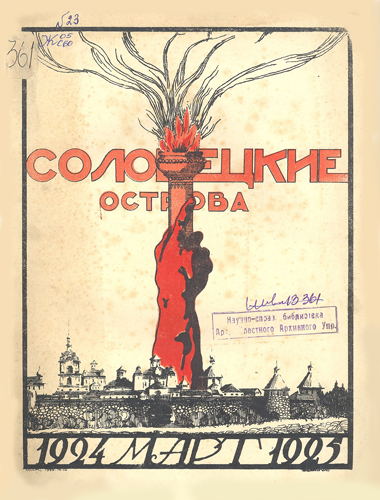 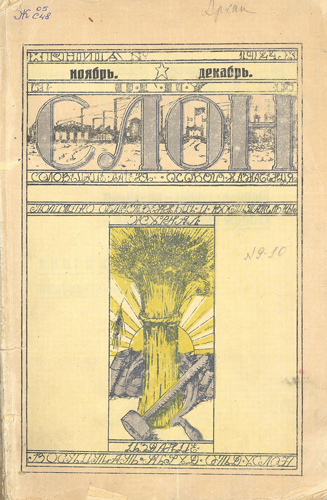 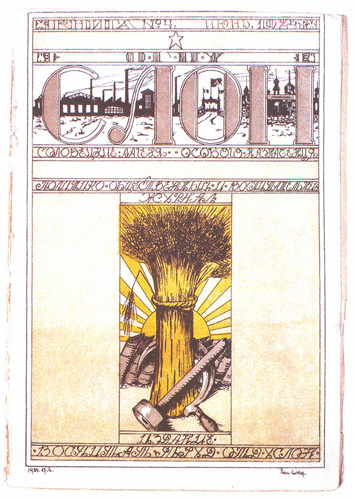 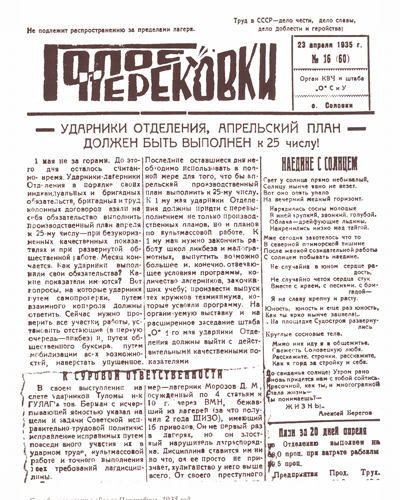 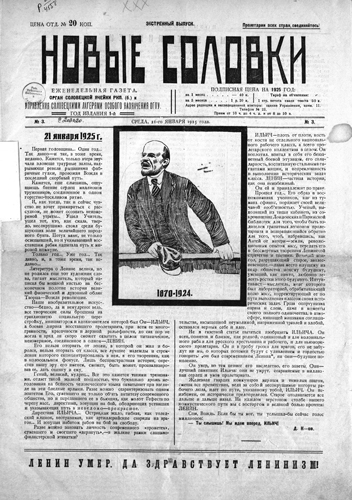