Next
Zotov's Guide and Diary 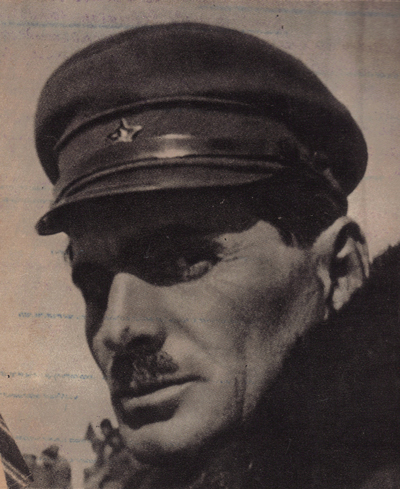 Frenkel’ was a merchant who was arrested in 1924 as he attempted to illegally cross the Soviet border into Turkey. He was sentenced to ten years imprisonment in the Solovki Camp.

Within the camp, Frenkel’ collaborated with the administration and became the Head of the Economic Office. He was freed in 1927 and became one of the leaders of the camp.

It was Frenkel’ who theorised the industrial development of the camp system. His methods were implemented across the Soviet Union, earning him a place in the highest ranks of the Soviet repressive institutions.

In 1928 Frenkel’ moved to the administration of Kem’, a transit camp near to the Solovki Islands on the mainland. In 1931 he became the site manager of the White Sea-Baltic Canal building site, where many of the prisoners from camps across Russia ended up.

Frenkel' survived Stalin’s 'Great Terror' and retired. He died in 1960.

Next
Zotov's Guide and Diary 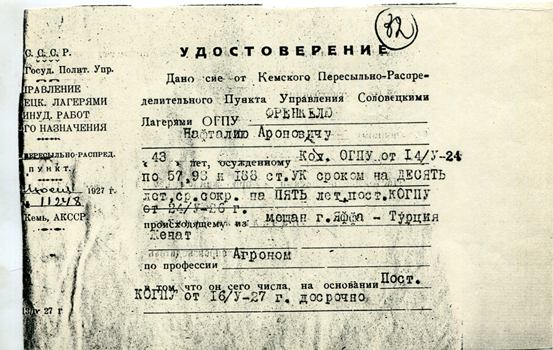 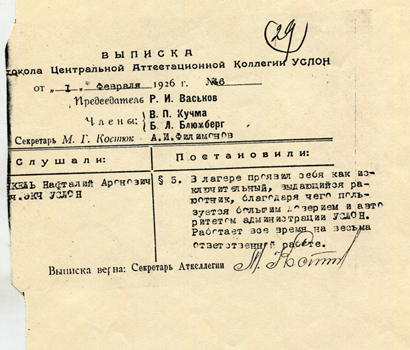 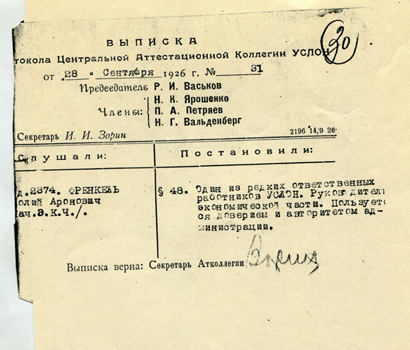 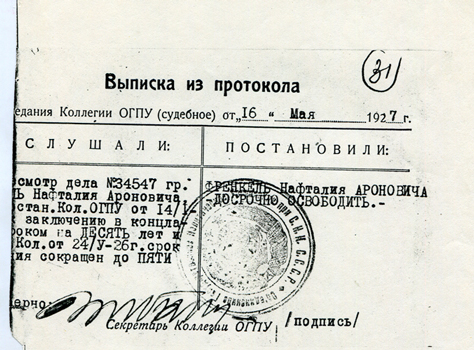