Next
A Taste of SLON Literature

Back to
Typography and Press

A fundamental section of all publications of the Solovki Prison Camp was devoted to literary texts. Most publications of Soviet prisons and camps would allocate some space to prisoners' poems, memoirs and tales. However, unlike other camps, the literature developed at the Solovki was unique in its quality and character.

The development of the camp cultural scene heavily influenced its literary output. After initially only publishing ideological texts, the Solovki authors started producing more daring works about love, imprisonment and ultimately even against Soviet power. The latter happened after the suicide of the famous Russian poet Sergei Esenin when a poem published in the Solovetskie Ostrova accused the Soviet state of 'not sparing' the poet, while another depicted Mephistopheles guffawing with a 'Red-Army-soldier mouth'.

This freedom of expression came after a long process and was boosted by some prisoners, including Boris Glubokovskii, and by Fedor Eikhmans, a leading camp administrator. However, this increased freedom was probably the reason for the sudden interruption of all publications on the archipelago, a decision probably taken at the Moscow headquarters. What is surprising is that, when the publications restarted in 1929, the degree of freedom of expression remained the same.

After 1929, a new breed of poets such as Vladimir Kemetskii and Aleksandr Iaroslavskii filled the pages with high-quality lyric poems, outstanding pastiches and humorous parodies. The texts published had references to world culture, the avant-garde movements and Russian modernism. Their contents and form show that they were specimens of cultural resistance in their own right, as they were completely against the ideological framework typical of contemporary publications of other Soviet prisons and camps.

Next
A Taste of SLON Literature

Back to
Typography and Press 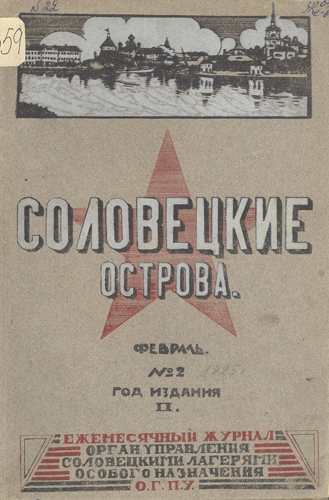 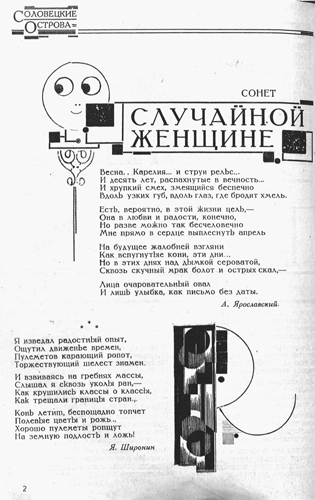 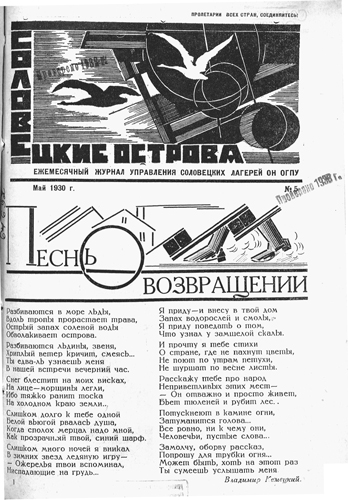