Back to
Visual Arts

Cultural activities at the Solovki Camp also included a museum and library. The library opened in 1924 and employed some members of the intelligentsia. It boasted officially censored books that had been seized from the private libraries of those arrested in Moscow.

The library remained a special cultural place, even throughout the worse years of the camp. In 1937, when thousands of prisoners were executed, a young inmate, Iurii Chirkov, who was arrested when he was 15 years old, was able to prepare for his exams. Among his teachers were some of the most prominent minds of the Soviet Union, also prisoners at the Solovki. Among them was Pavel Florenskii, the 'Russian Leonardo da Vinci'. Chirkov passed his exams and, after many years of detention, became a renowned geologist.

Early in 1925, a museum was established. Officially regarded as an ‘anti-religious’ institution, it was always controlled by the intelligentsia who, while formally supporting anti-religious propaganda, saved numerous religious finds from destruction.

Aleksandr Ivanov, an inmate who worked in the camp museum was a former novice. Once in prison he changed his political position becoming one of the main anti-religious activists, hence his nickname ‘antireligioznaia batsilla’ (anti-religious germ). Ivanov became head of the historical-architectural office of the Solovki museum in 1925 and directed the profanation of the relics of St. Savvatii and St. Zosima. The museum was directed for some time by Professor Aleksei Vangengeim, the father of Russian meteorology.

The museum and library remained active even after most of the camp’s cultural activities were transferred to the mainland. They were eventually shut down and their collections lost until 2013, when part of the library collection was found in the Arkhangel’sk region.

Back to
Visual Arts 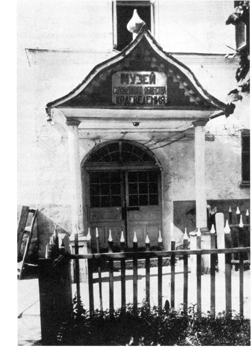 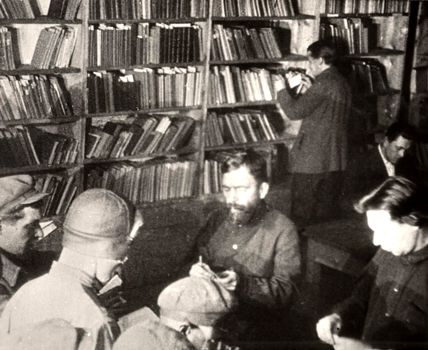 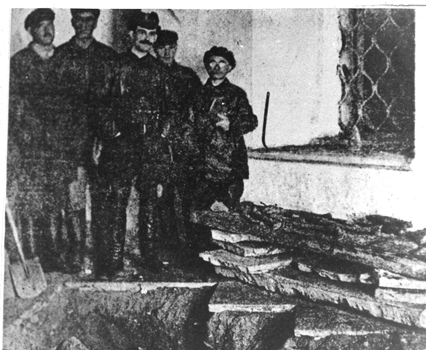 The profanation of the relics of St. Zosima and Savvatii.
© International Memorial Moscow. 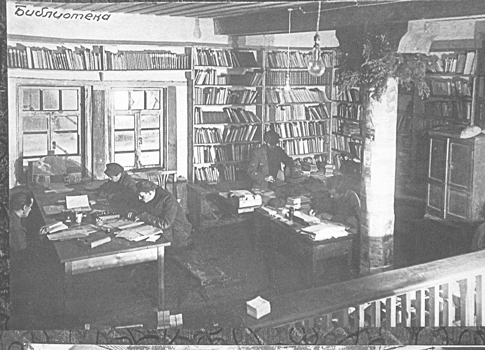