Back to
Dmitrii Likhachev 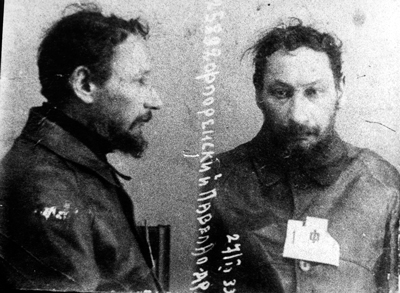 Reason for Arrest: A priest, in 1928 Florenskii was arrested for his religious convictions. He was released but was arrested again in 1933. Faith in the eyes of the newly-established Soviet state was not permitted and persecution of religious establishments was common.

Activity within the Camp: Before the Solovki, Florenskii was a prominent academic in the fields of Mathematics, Theology, Philosophy and Physics. His seminars in Theology and Philosophy were followed by some of the most influential figures in Russian Culture before the revolution. He taught at institutions across Russia, widening his research fields to Technological and Practical Sciences. He was a well-established intellectual and a poet. Within the camp he continued his academic research but was unable to publish his findings.

After the Solovki: Florenskii never left the Gulag. In 1937 Florenskii’s name was included on a list of prisoners to be shot on the personal orders of Nikolai Ezhov, the Commissar of the NKVD (the Soviet secret police, which was formed in 1934 succeeding the OGPU and the Cheka). Florenskii was executed in Levashovo on 8 December 1937.

Back to
Dmitrii Likhachev