Integrable systems is a branch of mathematics which first came to prominence in the mid 1960's with the (mathematical) discovery of the soliton by Kruskal and Zabusky while studying dispersive shallow water waves. Broadly speaking the focus is on systems for which - despite their nonlinear behaviour - exact solutions can be derived. Today the field has come to embrace many different aspects of mathematical physics and is at the cross-roads with other modern branches of pure and applied mathematics.

Our group is one of the largest in the UK, is part of an LMS network on quantum and classical integrability and hosts its own series of international conferences, ISLAND. Staff members have a diverse range of interests including topics in algebra and geometry; details of these are given below. We welcome applications by prospective PhD students; please click on "Postgraduate opportunities" or see below for examples of possible projects, and click here for information on how to apply.

Member of other research groups: Geometry and Topology

Member of other research groups: Theory and Modelling of Liquid Crystals

Prof Ian A B Strachan:  Professor of Mathematical Physics

Member of other research groups: Geometry and Topology, Analysis, Algebra

Quantum spin-chains and 2-dimensional statistical lattice models, such as the Heisenberg spin-chain and the six and eight-vertex models remain an active area of research with many surprising connections to other areas of mathematics.

Some of the algebra underlying these models deals with quantum groups and Hecke algebras, the Temperley-Lieb algebra, the Virasoro algebra and Kac-Moody algebras. There are many unanswered questions ranging from very applied to more pure topics in representation theory and algebraic combinatorics. For example, recently these models have been applied in combinatorial representation theory to compute Gromov-Witten invariants (enumerative geometry) and fusion coefficients in conformal field theory (mathematical physics).

The mathematically rigorous and exact construction of a quantum field theory remains a tantalising challenge. In 1+1 dimensions exact results can be found by computing the scattering matrices of such theories using a set of functional relations. These theories exhibit beautiful mathematical structures related to Weyl groups and Coxeter geometry.

In the thermodynamic limit (volume and particle number tend to infinity while the density is kept fixed) the set of functional relations satisfied by the scattering matrices leads to so-called Y-systems which appear in cluster algebras introduced by Fomin and Zelevinsky and the proof of dilogarithm identities in number theory.

The project seeks to understand and exploit the integrable structure behind quantum Donaldson-Thomas invariants in terms of deformation of hyperKahler geometry and quantum-Riemann-Hilbert problems. 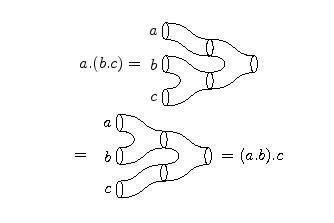 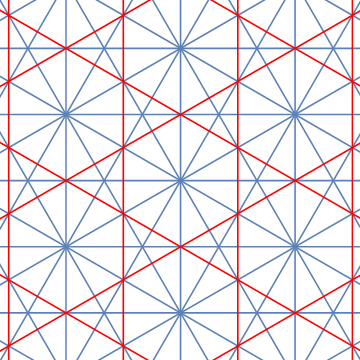 Classical and quantum integrable systems have various connections to algebra and geometry including the theory of hyperplane arrangements. 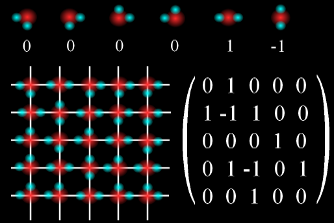 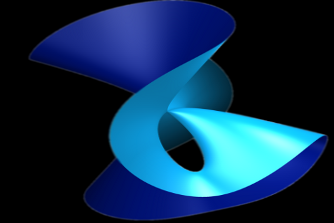 A deformation of a singularity 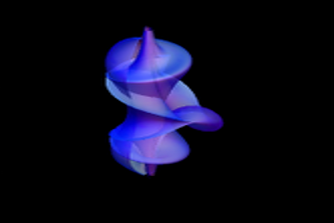 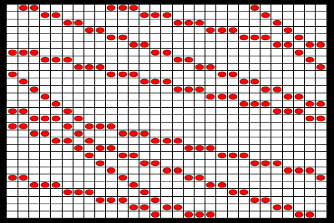 Discrete time evolution of "soliton solutions" in a periodic cellular automaton: three strings of balls of length 1, 2 and 3 interact and emerge unchanged