Geometry and Topology at the University of Glasgow touches on a wide range of highly active subdisciplines, benefiting from and capitalizing on strong overlap with the Algebra, Analysis, and Integrable Systems and Mathematical Physics research groups within the School of Mathematics and Statistics.

All information about our group, our members, our activities, and a full list of our expertise, can be found at our Core Structures webpage.

Broadly speaking, our research – performed by undergraduates, postgraduates, postdoctoral fellows, and academic staff – is concerned with the rich interaction and deep interconnections between algebra and geometry with a view to new applications and solutions to long-standing problems.

Some background on and context for our work in low-dimensional topology, homotopy theory and homological algebra, homological invariants and categorification, geometric group theory, quantum symplectic geometry, and noncommutative topology is given at areas of focus tab below.

Member of other research groups: Integrable Systems and Mathematical Physics

Member of other research groups: Algebra

Member of other research groups: Algebra

Prof Ian A B Strachan :  Professor of Mathematical Physics

Geometry and topology is particularly interesting and rich in low dimensions, namely, the dimensions of the universe we inhabit. This includes dimensions three and four as well as how knots and surfaces can inhabit these spaces. As a result, there is also a strong connection with mapping class groups of surfaces. Since the 1980s, gauge theory techniques from theoretical physics have been the leading tools for understanding smooth topology in four-dimensions. In the 21st century new approaches, in particular Heegaard Floer theory, have expanded the reach of these tools to three-dimensions, as well as to the study of knots and surfaces, and made fascinating connections with Khovanov homology — a theory that seems to stem from completely different origins.

Algebraic topology grew out of classical point-set topology giving rise to a theory of algebraic invariants of spaces (and maps between them) up to a natural notion of equivalence called homotopy. However, in recent decades these ideas have seeped into many other areas of mathematics and theoretical physics, often providing new frameworks for handling old problems. Abstract homotopy theory, then, provides a general algebraic framework for studying deformation; this has strong interaction with the general study of category theory. Stable homotopy theory involves the underlying structure of homology and cohomology theories and is usually pursued by working with a suitable generalization of spaces — called spectra — in which negative dimensions make sense. This is not unlike the birth of the complex numbers from considerations of √-1! There are rich algebraic structures available in modern versions of these categories and topics such as E∞ ring spectra lead to extensions of classical algebraic topics (Galois theory and Morita theory, for example).

How can you determine if two knots are different in an essential way? One good way is to produce an algebraic invariant to tell them apart. For example, Khovanov categorification of the Jones polynomial gives rise to an invariant of links in the three-sphere in the form of a bi-graded homology theory. This has seen a range of interesting applications in low-dimensional topology while providing a point of departure to many generalisations — now touching on homotopy theory, gauge theory and physics. But this seems to be just the tip of an iceberg: Categorification is now an essential tool in algebraic geometry and geometric representation theory. This, in turn, continues to feed back into low-dimensional topology by providing a range of new invariants stemming from diagrammatic algebras.

Geometric group theory studies groups by connecting their algebraic properties to the topological and geometric properties of spaces on which they act. Sometimes the group itself is treated as a geometric object; occasionally auxiliary structures on the group, such as orders, arise naturally. The field emerged as a distinct area in the late 1980s and has many interactions with other parts of mathematics, including computational group theory, low-dimensional topology, algebraic topology, hyperbolic geometry, the study of Lie groups and their discrete subgroups and K-theory.

Motivated by the key notion of quantization in quantum mechanics, quantum geometry (or, non-commutative geometry) aims to apply the tools and techniques of non-commuative algebra to study problems in geometry. In the opposite direction, it allows one to use powerful geometric tools to study the representation theory of non-commuative algebras, as epitomized by the famous Beilinson-Bernstein localization theorem. At Glasgow, we study quantum symplectic geometry from several different perspectives — via the theory of D-modules and deformation-quantization algebras on a symplectic manifold; via the deformation theory of Hopf algebras and their relation to operads; and via quantum integrable systems such as the quantum Calogero-Moser system. Taking such a broad approach to the subject allows one to see how truly interconnected these areas of mathematics really are.

This relatively young field grows out of the Gelfand-Naimark theorem, establishing a strong connection between compact Hausdorff spaces and commutative C*-algebras. This allows us to translate topology into algebra and functional analysis. Even more, once formulated algebraically, some of these concepts still make sense for noncommutative C*-algebras, opening the door to study these algebras using ideas from topology. The truly fascinating fact, however, is that the study of noncommutative C*-algebras in turn has deep applications to classical topology and geometry. For instance, the Baum-Connes conjecture, which is a central aspect of the noncommutative topology of groups, implies the Novikov conjecture on higher signatures and the stable Gromov-Lawson-Rosenberg conjecture on the existence of positive scalar curvature metrics. At Glasgow, various aspects of noncommutative topology are studied, ranging from the classification program for nuclear C*-algebras to quantum groups and bivariant K-theory, including links with geometric group theory. 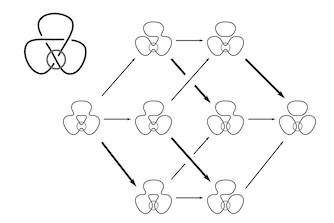 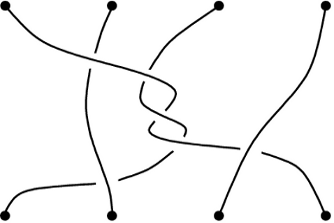 Braids appear spontaneously in both topology and category theory, for reasons that turn out to reveal deep connections between these subjects