Ben Effrey Hillfort was investigated in 2011 by the SERF project.  A trench 30m long by 2m wide was excavated across the ramparts on the south side of Ben Effrey hillfort, where the remains appeared to be the most well-defined. 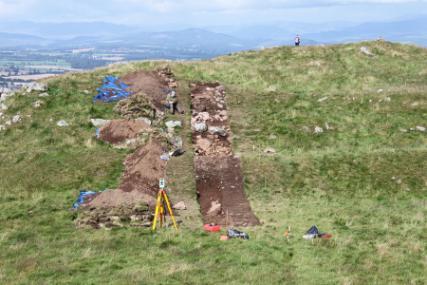 The outermost rampart was an earthen bank made of material excavated from an outer ditch.  A narrow palisade trench discovered under the back of the rampart suggests a timber structure would have supported this rampart during construction.

The foundation of the middle rampart was composed of huge boulders packed with redeposited natural.  The upper part of this rampart had been heavily disturbed and some of the stone core had collapsed down slope.

The innermost rampart was composed of boulders carefully knitted together with smaller stones.  Pockets of charcoal and ash amongst the stones suggest timber was also used within the rampart. In the core of this rampart.

Immediately behind the inner rampart, within the interior of the fort, were traces of a rough cobble surface.  However, no small finds or other features were identified.

A topographic survey of this fort, with readings taken at least every 2m, was undertaken using a Leica 407 Total Station. The survey showed the three ramparts quite clearly, defining a flatter area at the top of the hill. the entrance way through the ramparts is depicted as a hollow on the bottom right of the survey. Several circular scooped features were also identified near the entrance that might be the remains of structures associated with the site. 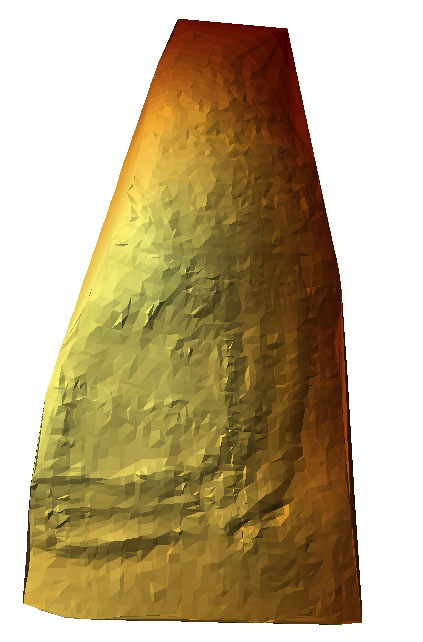