The remains of ancient forts are situated in prominent positions in the hills surrounding Forteviot.  Many of these stand on the northern slopes of the Ochils, with extensive views across Strathearn.  Forts would have held a variety of roles for the local communities, but were thought to have predominantly been conspicuous centres of power of the later prehistoric and early medieval periods.  There are over ten forts or large defended settlement sites near Forteviot that we hope to explore.  The results of small-scale excavations will provide a rare and much needed regional sequence of hillforts and will outline their development in the Strathearn landscape. So far four sites have been excavated as part of this study: Jackschairs Wood, Dunknock, Green of Invermay and Law of Dumbuils. 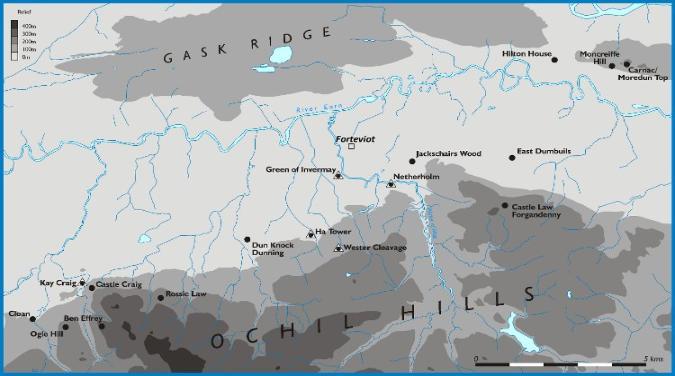