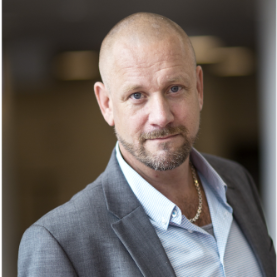 Staffan I. Lindberg is Professor of political science and Director of the V-Dem Institute at the University of Gothenburg. He is also founding Principal Investigator of Varieties of Democracy (V-Dem), Wallenberg Academy Fellow.

Steffan is the author of Democracy and Elections in Africa (“Outstanding Academic Title”, Choice 2007) and editor of Democratization by Elections: A New Mode of Transition? His research also appears in over 50 academic publications, on issues such as, among others, elections and democratization, accountability, egalitarian democracy, clientelism, sequence analysis methods, women’s representation, voting behavior and the Ghanaian legislature. He has also has extensive experience as consultant on development and democracy, and as advisor to international organizations.