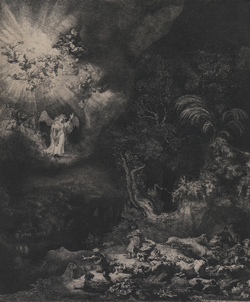 The Hunterian houses one of Scotland’s most important and extensive collections of works on paper, numbering some 40,000 prints, drawings, pastels and watercolours.

Prints and drawings were a part of The Hunterian’s founding bequest, forming a significant part of William Hunter’s library. In Hunter’s time, and until well into the twentieth century, prints were an essential tool for the study of history of art. This was a significant reason for the establishment of a separate print room in Professors’ Square at the heart of the University campus in 1947; the print room was later incorporated within the new Hunterian Art Gallery. Major bequests were made in the 1930s and 1940s, including prints and drawings from the estates of James McNeill Whistler and Charles Rennie Mackintosh. The work of these two artists forms the largest and most important groups of drawings, although there are in addition some 1000 other drawings, mainly by British artists of the nineteenth and twentieth centuries. 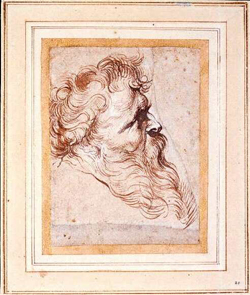 The print collection is wide ranging, and was formed mainly from the Old Master print collections bequeathed by Professor Robert Scott in 1940 and Dr James A. McCallum in 1948. The strengths of the collection include its breadth of coverage for Old Master printmaking, from Schongauer (c. 1450–1491) to Rembrandt (1606–1669); Italian sixteenth, seventeenth and eighteenth-century prints including fine impressions by artists such as Marcantonio, Giorgio Ghisi and Canaletto; and fine eighteenth century prints from Dr Hunter’s collection, notably an important group by James Barry. The best-represented nineteenth century artists are Turner and Whistler, with exceptional holdings for both. Coverage of the twentieth century is strongest in works by Scottish artists, but there are fine examples of German Expressionist printmaking as well as modernist printmaking by major European and American artists.

Works on paper are vulnerable to light and therefore cannot be kept on permanent display. Selections are exhibited periodically in controlled light.

Image 2: Peter Paul Rubens, Head of a bearded man in profile to the right, c.1625
Pen and brown ink, heightened with white
Purchased 2004, with support from the Art Fund and the National Fund for Acquisitions
GLAHA 54302