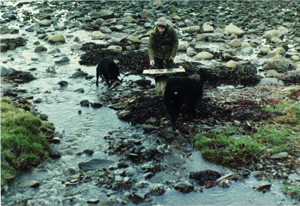 The Hunterian’s collection of sketchbooks by Duncan Shanks provides a unique insight into one artist’s remarkable journey through the creative process.

Publicity-shy and reluctant to be involved with the social aspects of the art world and its institutions, Duncan Shanks (born 1937) is an important Scottish landscape painter who has remained largely unknown to the wider public, even though his art is much admired in Scottish academic and art circles. He lives with his wife, a fellow artist, in the small village of Crossford by the Clyde, some twenty miles south-east of Glasgow. 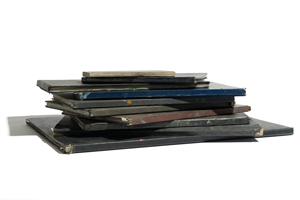 In the last five decades, he has filled more than 100 sketchbooks with a wide variety of drawings, from simple recordings of his surroundings to exploratory studies investigating complex subjects and more finished drawings. Never shown to anyone, these have been the anchor of his life as an artist.

The long standing relationship between Shanks and The Hunterian, which dates back to the early 1990s, led the artist to gift his entire collection of 106 sketchbooks to the University in 2013.