Previously, the only records of these events were kept by the churches, who took note of baptisms, proclamation of the banns of marriage, and burials.  They did not always note the actual dates of births, marriages and deaths.  It was also possible for vital events to pass unrecorded, for example, if a child died before baptism, or if a burial took place without a minister present.  The most extensive information about pre-1855 vital events can be found in the old parish registers of the Church of Scotland, but since there was often a fee for entering an event in the parish register, poor people sometimes avoided registration.

The old parish registers were not always well kept.  Many were neglected or destroyed, and even those that survived did not include the whole population of the parish.  The minister on the island of South Uist reported that:

'Two thirds of the population are Roman Catholics: and . . . it is impossible to keep a regular register of the whole population . . .'

After 1855, the old registers were removed from the parishes (often in the teeth of opposition from the minister and congregation), and placed in the care of the new Registrar General for Scotland.  His office was in Register House in Edinburgh, a handsome Robert Adam building in Princes Street, where the historical and legal records of Scotland were kept. 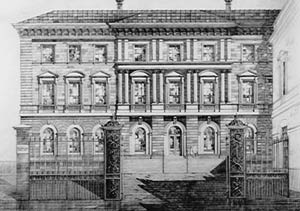 In 1861 the Registrar General and his staff moved into an impressive adjacent building, New Register House, which is still the location of the General Register Office for Scotland.  The old parish registers, and the civil birth, marriage and death registers from 1855 onwards, may be seen there.  They are also accessible online via ScotlandsPeople.

The Fight for Registration

Why did Scotland take so long to catch up with England in officially recording these vital events?  The answer lies partly with the strong opposition of the Church of Scotland, whose parish clerks (the clerks of session) had a useful income from fees for making entries in the parish register.  Another reason was the nature of Scottish local government.  After 1834 England was divided into about 600 Poor Law unions for administering the relief of the poor, and each union was large enough to employ a full-time clerk who could usefully double as a local registrar of births, marriages and deaths.  Scotland, however, remained split into over 1,000 parishes, although it had only a sixth of England's population.  Small parishes, some very poor, feared the possible cost of maintaining a registrar.  Finally, the politicians most interested in reforming Scottish registration made the mistake of trying to reform the Scots law of marriage at the same time (for a discussion of this, see marriage), and this was also bitterly resisted by the Church of Scotland.  An obvious compromise was to appoint the existing session clerks as part-time registrars, but this was equally bitterly opposed by the Free Church, which was founded after the Great Disruption of the Church of Scotland in 1843.  The Free Church did not see why officials of the Church of Scotland should benefit financially from compulsory registration.

The people who pressed most vigorously for registration were doctors (especially the Royal College of Physicians of Edinburgh), and lawyers.  The doctors knew that without reliable information on birth and death rates, and on the causes of death, it was difficult to form an accurate picture of health and disease in Scotland. The lawyers argued that it was often impossible to settle inheritance disputes if a claimant had no proof of birth or parentage.  And in a modern society, it was becoming more important to have proof of age.  Factory owners, for example, were not supposed to employ underage children; but without birth certificates, it was easy to break the rules.

In 1854, after much argument and many failed attempts to push Scottish registration through Parliament, a compromise was reached.  The clerks of session could become part-time registrars if they wished, but when they died or retired, the parishes could appoint any suitable replacement.  Women were not permitted to apply for the post. 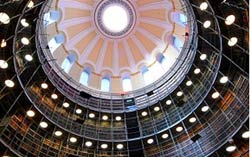 Although Scotland took much longer than England to start registering births, marriages and deaths, there were some advantages in the delay, for the Scots law tried to avoid some of the problems of the English.  In Scotland, registration was compulsory from 1855.  In England, where there were no penalties for failing to register a vital event, it was easier to evade registration until the law was tightened up in 1874.

As well as the new civil registers of births, deaths and marriages, the Scottish Registration Act of 1854 provided for a Register of Corrected Entries to be kept for each parish or registration district.  If any birth, death or marriage registration was found to be erroneous, and if the Sheriff, after taking evidence from the original informant and any other people concerned, was satisfied of this, he would authorize the correct details of the event in question to be entered in the Register of Corrected Entries.  The original, erroneous entry in the birth, death or marriage register was not to be scored out or altered - instead, a note was to be made in the margin alongside it, giving the volume, page and date reference to the new entry in the Register of Corrected Entries.

The Registration Act gave the people of Scotland one year's grace to have any vital events that had occurred before 31 December 1854 entered in the old parish registers (not the new, civil registers).  After 31 December 1855, such retrospective registrations were no longer permitted, but the General Register Office continued to receive correspondence from people who had omitted to register children born before 1855, and who were anxious to have this done.  In 1860, an amendment to the Registration Act was passed, authorizing the GROS to establish a Register of Neglected Entries.  For a fee of 5 shillings, any birth, death or marriage that had taken place in Scotland between 31 December 1800 and 1 January 1855 could now be entered in this new register, providing that the person seeking the registration had first applied to the Sheriff, and that the Sheriff, after hearing evidence from all the parties concerned, had granted a warrant for the registration.  Obviously, this required more expense and effort than many families were willing to make.

At first, the new civil registers did not record the vital events of Scottish people living outside Scotland.  Several Scots who wrote to the Registrar General seeking registration of children born in England or abroad were disappointed to learn this.  But an amending Act in 1860 made some effort to change the situation.  The birth of a child to Scottish parents, or the death or marriage of any Scottish person, that took place within the British empire or a British dependency, would be recorded in that country.  Settler colonies such as Canada and Australia rapidly adopted English forms of registration, but countries such as India had no such laws, largely because of the cost of enforcing them.  Special provisions were therefore made for British residents, but not for local people in those countries.  Scots living in 'foreign' territories outside the Empire could ask the British consul to certify the event, and if they notified the Registrar General of this within 12 months, it was recorded in a special book called 'The Foreign Register'.