The coming of registration, and the opening of the General Register Office for Scotland (GROS) created a number of job opportunities, both in Edinburgh and in the parishes.  The new Registrar General was supported by a small group of assistants and clerks, and he kept an eye on local registration through a team of registration examiners.  The examiners were essentially inspectors, of the kind already being employed in Britain to inspect schools, prisons, factories, workhouses and other institutions.  All these officials were paid for by the British taxpayer, and their salaries and other expenses had to be approved by the Treasury.  Costs were cut to the bone, usually by employing senior officials part-time so that they could combine registration duties with other posts.

The office staff were poorly paid, and there are many letters from them in the GROS records complaining of their poverty and begging for higher salaries.  But it was possible to move through the ranks from office boy to senior clerk, and unlike most other occupations in the nineteenth century, a small pension was paid on retirement.  GROS staff tended to be very long serving, unless forced out by illness.

The first Registrar General, William Pitt Dundas, was appointed during a period of change in British administration.  His powerful grandfather, the first Viscount Melville, is famous in Scottish history for the number of jobs in the public service at his disposal, in Scotland and in the army and navy.  Pitt Dundas received many letters from young men begging for work, and was irritated to find that changes in the civil service regulations forced him to appoint staff through competitive examination rather than as favours to his friends.  Nevertheless, for much of the nineteenth century, it was an advantage to have good connections in order to secure an appointment.

As the Scottish population grew, from about 2.8 million in 1851 to nearly 4.5 million in 1901, the Registrars General needed a larger staff to maintain the registers and calculate the vital statistics of Scotland, all this work being done manually.  The staff was never very large, and had to be supplemented during the intensive work on the census every ten years.  The GROS remained a men-only office until the First World War, when labour shortages and the great pressure on the Registrar General to maintain the National Register finally broke down opposition to women workers in the office. 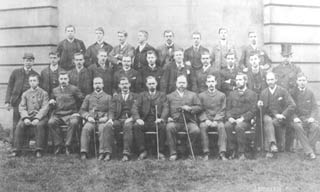 (Image: 1911 census staff, by kind permission of the Registrar General for Scotland.)