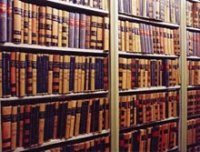 (Image: Duplicate registers in the General Register Office for Scotland, by kind permission of the Registrar General for Scotland.)

Local archives in Scotland also hold a wealth of details of interest to family historians.  A full guide to Scottish archives may be found on ARCHON.

Family historians may also find the GRO1 series useful (see below) for information on a particular parish.  If your ancestors include a registrar (nearly always the village schoolmaster), the GRO1 series will almost certainly have information about him.

Social History and History of Registration 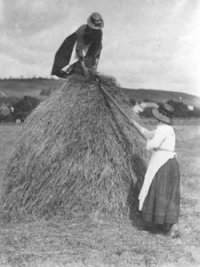 The main source of information for these web pages is the GRO series in the National Archives of Scotland.  A list of the documents in this series is available in their online catalogue.  Specific subjects in the series, particularly for the twentieth century, are fairly easy to find if they relate to specific tasks of the Registrar General, such as the census.

Although the GRO series contains the most detailed material, there are other relevant papers in the National Archives for Scotland, for example, the AD (Lord Advocate) series, which includes some of the Registrar General's correspondence.  Since the early Registrars General also held the post of Deputy Clerk Register (now the Keeper of the Records of Scotland), there is also relevant correspondence in the SRO (Scottish Record Office) series.

The GRO series is very bulky, and contains much fascinating historical information.  It has material relating to social history, to medical history, to local history and to family history.  It is far more extensive than the records of the Registrar General for England, since these have been weeded and less of the nineteenth-century correspondence survives.  Although some of the material in the GRO series relates to very specific registration issues, and to staff in the GROS, the notes below indicate some of the sources of wider interest. 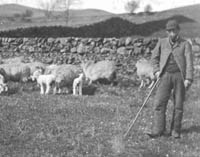 The most valuable records for the early registration period are the reports and memorandum books of theregistration examiners.  These contain a wealth of social information about individual parishes, mainly for the 1860s and 1870s.

(Image: From the James Paterson Collection, by permission of Glasgow University Library, Department of Special Collections.)

The GRO catalogue lists these records by year, with the reports for each individual year being bound into volumes.  It does not list the names of the examiners, nor indicate which districts are covered in each volume.  The volumes themselves have a list of places visited by the examiners, making them easier to use for local history purposes.  A list of the early examiners and their districts is given on the examiners page of this site.  Most of the early examiners wrote in considerable detail, and expressed their personal views in an uninhibited way.  They were very happy to pass judgment on the morals and behaviour not only of local registrars, but of whole communities!

Here is a sample of an examiner's view of certain fishing communities in North-East Scotland:

'I have often been struck, while examining the Registers of Parishes situated on the Sea Coast, with the names of the fishermen being peculiar to certain localities.  For instance the inhabitants of Avoch are distinguished by the name "Patience."  The same characteristic exists in such places as Nairn, Cromarty &c.  However distant the places may be, where their avocation leads them, they invariably return home to their families, to get married, or to spend the rest of their time in drinking, inhabiting the same places generation after generation.'

By the late nineteenth century, the examiners still carried out inspections of local register offices, but by this stage they were using a checklist, and their comments are less frequent.  These are carried over into GRO2, but a number of these files are closed to the public because they are less than 100 years old and contain sensitive information or data relating to named individuals.  They concentrate on the registrars rather than the district.  The examiners of the later period were particularly concerned about the competence of women registrars, who were employed from World War I onwards, as in the following report from 1919:

'Registration is not a light and easy task for the old lady who acts as Registrar of this parish; the work of the Registers required a good deal of dressing and over 50 clerical errors were recorded.  It is recognised, however, that the Registrar is doing her best to carry out the duties of an office for which she may not be well-fitted, but for which few aspirants of a suitable kind would be available in the district.'

GRO1 also includes the letter books of correspondence to and from the Registrar General's Office.  For most of the nineteenth century they are simply bound in (very) large volumes, with separate books for the incoming and outgoing correspondence.  Within each book, letters are filed in the order they were received or sent.  Some are organized by type of correspondent: for example, GRO1/134 contains correspondence from local registrars.  A few are dedicated to specific subjects, particularly the censuses.

Although each of these volumes has an index of correspondents, they are not easy to use.  Not only are they very large and cumbersome to handle, but the way in which the letters are filed makes each volume a kind of lucky dip, and it is not very easy to match a letter in the incoming volume to the reply in the outgoing volume.  They are easiest to use for subjects that are related to specific dates, such as vaccination acts and the census, but there is an enormous amount of information in them.  They deal with a wide variety of social subjects, from parishes throughout Scotland, and are an unjustly neglected source in nineteenth-century Scottish history.  Many of Scotland's citizens wrote letters to the Registrar General concerning their personal problems, and their letters are a fascinating window on social attitudes and family relationships.  Local registrars also wrote in about conditions in their own district, and these letters too are a valuable historical source.

The Registrar General's correspondence for the twentieth century is much easier to use, since it is filed by subjects that can be easily identified in the online catalogue, such as 'stillbirth', 'divorce', and so on.  A number of these files are closed for 100 years if they refer to named individuals.

The annual reports of the Registrars General, details from the censuses, and much detailed information from both England and Scotland, are available via the invaluable HISTPOP (Online Historical Population Reports), mounted by the University of Essex.