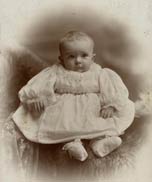 The Scottish Registration Act was tougher than the early English Registration Act in trying to keep an accurate record of births.  In Scotland, parents had to register a child's birth within 21 days.  If they failed to do so, the registrar was supposed to contact them, and if they did not give information within three months of the birth, they could be fined £2.  As a safeguard, ministers were to inform the registrar if any baby was brought for baptism without an extract of its birth registration being shown (everyone registering a birth received this extract from the registrar free of charge).  If a child was born outside the parish of the parents' usual residence, then the registrar who recorded the birth had to inform the home parish.

The mother was responsible for reporting the birth of an illegitimate baby, and the father's name could not be recorded unless he accompanied her to the registrar's office and declared himself willing to have his name on the register, or a court had already decided that he was the father and liable to maintain the baby.  The word 'illegitimate'was firmly recorded against these entries in the register, and on extracts of birth registration (i.e. birth certificates), until 1919.  By that time, public opinion had turned against stigmatizing people born out of wedlock, though the registrars still kept a record of illegitimate births for the national statistics.  People born before 1919 could now ask for a new copy of their birth certificate, in which the word 'illegitimate' would not appear, although it remained in the register.

Scots law, unlike English law, made a child born out of wedlock legitimate if the parents married after the birth.  The registrar had to make a note of this beside the original entry in the birth register, together with the date of the marriage.  After 1860, these amendments also appeared in the Register of Corrected Entries rather than the duplicate registers kept in Edinburgh, though the nature of the parents' early relationship remained on the public record.  But the law was strict about adultery.  Children born of an adulterous relationship could not become legitimate, even if their parents married when free to do so.  There were ways around this, as described in the section on divorce.

Illegitimate births were very common in certain parts of Scotland in the mid-nineteenth century, particularly in the North East and the South West.  Many working people did not regard this as a problem, in spite of lectures from their parish ministers.  By the late nineteenth century, illegitimacy was regarded as more shameful, and couples would go to greater lengths to conceal the nature of their relationship.  The Registrar General often wrote to registrars urging them to check on the credentials of couples who claimed to be married when they registered a birth, but who had difficulty producing a marriage certificate.  The most common cases were women whose husbands had deserted them, and who then entered into a new and stable relationship without being able to marry.  Divorce was difficult and expensive, and couples would pass themselves off as married, or even go through a bigamous wedding ceremony, to preserve their reputation.  Convincing the registrar that their children were legitimate was more difficult, though as the only cases on record are those where the registrar suspected a deception, we cannot know how many couples successfully deceived him and registered their child as legitimate.

The law assumed that a child born to a married couple was the husband's, unless he could prove that it was not (for example, if he had been out of the country for a lengthy period before the birth).  In the days before DNA testing, disproving paternity was not easy.  Registrars occasionally had to deal with indignant husbands who complained of unfaithful wives; but the Registrar General advised registrars to leave any decisions on this matter to the law courts.

Birth registration was not easy to enforce in the early days, in spite of the threatened fine.  In northern Scotland, and in many of the islands, communications were poor, transport was difficult (especially in winter), and parents could not easily leave their crofts to visit the registrar.  It is likely that births in remote areas were not well recorded, especially if the baby died within 21 days.

Some of the early birth registers show a fairly casual attitude towards the naming of children.  In the 1855 birth register for Stornoway, on the Isle of Lewis, several babies were entered only by their surnames.  Since the register was not amended, the first name cannot have been reported within the six months that were allowed for this.  Many families in these communities had the same surname, and this may have made life difficult for those concerned if they later needed to prove their dates of birth.

(Image: Page from the 1855 birth register for Stornoway, Isle of Lewis, showing detailed family history, but not the child's first name.  Click macdonaldbirth 1855 (002) for a magnified version.  By kind permission of the Registrar General for Scotland.)

If the registrar had any doubts about the sex of an infant, he could demand that it be produced for his inspection!

Although registrars were supposed to pursue parents who had not reported a birth, the first examiners were not satisfied that all the registrars were doing their duty, as in the parish of Watten (Caithness) in 1855.  The examiner complained that the registrar:

'discovers the births &c. in the Newspapers . . . [and] does not take a sufficient interest in his business; nor does he trouble himself where anything is wrong about the Correction of it'.

Like several other features of the 1854 Act, the regulations on birth registration caused problems and had to be changed rapidly.  The first register in 1855 demanded many details, including the parents' ages and birthplaces, and the number and ages of all other children born to them, whether living or dead.  The registrars objected to the time and effort involved in entering all these details, but there was a more compelling reason for dropping them, since the first printed registration books issued to the registrars did not have enough space to enter the details of previous children born to the family, and it would be expensive to enlarge them.  After 1855 these details were no longer required, to the regret of many doctors then and family historians today.

(Image: Page from the 1890 birth register for Stornoway, Isle of Lewis.  Click macdonaldbirth 1890 (002) for a magnified version.  By kind permission of the Registrar General for Scotland.)

Although many of the difficulties of birth registration were sorted out after the early years, the registrars still had to deal with some knotty problems.  All the deficiencies of early birth registration were revealed when old age pensions were introduced in Britain in 1908.  Only people over 70 years of age were eligible for a pension at that time, and many had cause to regret that their parents had been casual about registering their birth.  The Registrar General had to deal with many sad cases of elderly people who were not sure when or where they were born, and who were having difficulty claiming their pensions.

Birth certificates were therefore important, not only as a proof of age and parentage, but of respectability.  People with 'illegitimate' on their birth certificates were embarrassed at having to produce them for official purposes, as were people born in poorhouses or asylums.  The poorhouse problem was partly solved after 1913, when registrars were instructed to put down a street address, rather than the institution's name, as the place of birth.