Below are listed some representative projects for PhD study which could either be funded using research council support for applicants who fulfil the residency criteria, or by winning a competitive scholarship or self-funding.  If you are interested in one of these projects, please make direct contact with the academic responsible to discuss further concerning suitability, funding, and the formal application. 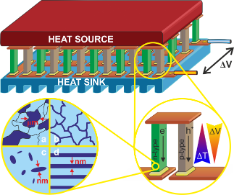 Thermoelectric materials convert waste heat into useful electric power. Even inefficient thermoelectric power generation recovery can have a substantial impact on energy consumption because more than half of primary energy is ultimately wasted as heat. So far, thermoelectric generators (TEGs) have been restricted to niche applications, such as powering the Voyager space probes, where durable, reliable and low-maintenance power generation is essential. However, the market for thermoelectric energy harvesters is projected to approach $1bn within a decade. Potential applications for TEGs include scavenging heat from car exhausts, producing combined heat and power units for use in remote, off-grid locations, and replacing batteries in wearable microelectronic devices. A major limitation has been to develop cheap, efficient TEGs that do not rely on toxic or scarce resources. This project aims to develop a viable, non-toxic alternative to lead telluride TEGs, using 'Heusler alloys', which combine abundant elements such as titanium, nickel and tin. It builds on recent advances in Heusler alloy synthesis made in collaboration with Dr. Jan-Willem Bos of Heriot Watt University and we now aim to build a commercially-viable prototype device. The project will involve substantial electron microscopy in order to correlate nanostructural details with thermoelectric performance; it will also involve the use of national facilities for neutron and electron scattering studies; and there are substantial opportunities for industrial engagement.

Focused Xe beams can be used to sculpt materials in all sorts of ways.  This project will use a newly installed DualBeam instrument with a Xe and an electron beam to develop methods for the preparation of ultrahigh quality samples for electron microscopy, as well as for the 3D imaging of the structure, chemistry and crystallography of materials and devices.  You will make a major contribution to the commissioning of this exciting new instrument in collaboration with the manufacturers of the instrument, partners from other Schools at the University of Glasgow, and from other universities and research institutes. 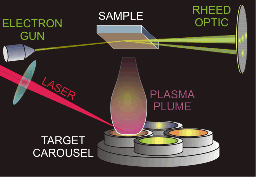 As part of a major new investment, the Kelvin Nanocharacterisation Centre recently installed a pulsed laser deposition system for the fabrication of a variety of thin film devices and coatings. The pulsed laser deposition technique is almost ideal for depositing the complex, multi-component materials now being proposed by theorists as being essential to the next generation of microelectronic devices. However, even atomic-scale defects, dislocations, impurities and strain can impair performance and the optimal fabrication conditions are simply unknown in most cases. This project will use the new deposition system and will characterise the nanometric structure of a variety of multi-component oxide materials for technological applications. A particular focus is the development of oxide-based devices for data storage applications. A combination of electron diffraction, scanned probe microscopies and transmission electron microscopy will be used to characterise the samples and the student will gain highly-transferable skills in materials deposition and high resolution characterisation. The project will suit students with an interest in instrumentation and chemical physics and has the opportunity for collaboration with a number of national and international partners. 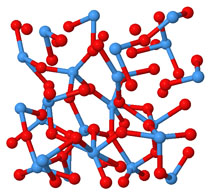 Various applications rely on ultrahigh precision interferometry including laser stabilisation and frequency stabilisation, laser gyroscopes for intertial guidance systems, quantum optical devices, and most especially, the gravitational wave interferometers used in the recent discovery of gravitational waves, binary black-hole mergers and neutron star mergers. One of the limitations on such interferometry is due to thermal noise in the amorphous optical coatings used in the multilayer mirrors at the ends of the interferometer arms. If this noise could be reduced, then the sensitivity of the interferometers can be further improved allowing better gravitational wave detection for a larger fraction of the universe.  This thermal noise originates in atomic-scale processes which are poorly understood and to improve the materials requires an understanding of structures and dynamics at the atomic scale. This project will then focus on using cutting edge techniques in electron microscopy to provide information about the structure and chemistry of these coatings on sub-nanometre length scales combined with density functional theory and molecular dynamics simulation work focused on understanding the atomic structure and dynamics of these amorphous materials. This work will involve extensive interaction with the Institute for Gravitational Research at the University of Glasgow, as well as with academic researchers at other UK Universities; Stanford University, California; and other Universities worldwide.

The 2007 Nobel Prize in Physics was awarded for the 1986 discovery of, and application for, spin dependent scattering of conduction spins by magnetic interfaces. This discovery nucleated the present day field of magneto- and spin-tronics.

Perhaps the most exciting recent development in this field has been the ability to manipulate the magnetization at interfaces using conduction spins. This is sometimes called spin torque transfer, and has opened up completely new opportunities for creating electronics that exploit fully the spin of electrons. The goal of this project will be to measure spinwave noise inherent to torque transfer processes, understand effects of structural disorder and imperfections, and explore possibilities of using spinwaves to affect torque transfer.