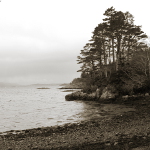 John Finlay’s research lies primarily in the field of legal history, with particular focus on the history of the legal profession in Scotland. He has written four books on this theme. His first monograph, Men of Law in Pre-Reformation Scotland (2000), was a prosopographical study of lawyers active at the time of the foundation of the College of Justice in Scotland in 1532. This work identified and examined the careers of these professional advocates who were the forerunners of the later Faculty of Advocates. Prof Finlay wrote and revised entries for some of these lawyers, and others, in the Oxford Dictionary of National Biography (2004). More recently, his research has focused on the eighteenth century and he has published two further monographs, The Community of the College of Justice (EUP, 2012) and Legal Practice in Eighteenth Century Scotland (Brill, 2015) as well as the two-volume The Admission Register of Notaries Public in Scotland, 1700-1799 (Scottish Record Society, 2012). In addition, he has written a large number of articles and book chapters, including three projects funded by the Gerdal Henkel Stiftung and several other international research projects. He has also undertaken work funded by the AHRC.

Prof. Finlay, as one of the honorary publication secretaries of the Scottish History Society for a number of years, was involved in the process of copy-editing the Society’s publications which appeared between 2000 and 2004. He is also a former member of Council of the Stair Society and was Secretary and Treasurer of the Scottish Legal History Group. He is a Fellow of the Royal Historical Society and a Fellow of the Society of Antiquaries of Scotland and has been a peer reviewer for the AHRC and the Carnegie Trust.

Prof. Finlay teaches History of Scots Law and European Legal History at Honours level and teaches Property Law, although he has taught extensively on the undergraduate degree programme in other aspects of private law.

In terms of LLM (research) and PhD supervision, Prof. Finlay is keen to supervise students who wish to engage in research in any area of legal history, particularly where it involves archival research and research relevant to the history of the legal profession in Scotland.