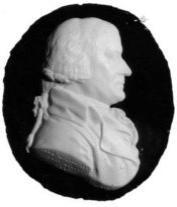 Staff and students in legal history

Below are members of academic staff working in legal history.

Dr Stephen Bogle is Senior Lecturer in Private Law and writes on the interaction between contract law and intellectual change during the early modern period.

Dr Graeme Cunningham is Lecturer in Private Law and writes on nature of Roman juristic law.

Prof John Finlay is Professor of Scots Law and writes on Scottish legal history, the legal profession and the ius commune.

Prof Mark Godfrey is Professor of Legal History and writes on Scottish legal history, especially the history of central justice and dispute settlement in the medieval and early modern periods.

Prof Ernest Metzger is Douglas Professor of Civil Law and writes on Roman law, especially the law of procedure, and on the moral philosophy and jurisprudence of Adam Smith.

Dr Douglas Osler is an Honorary Research Fellow in the School of Law.

Dr Dot Reid is Senior Lecturer in Law and writes mainly on private law, with a focus on its historical and theoretical aspects, and on the history of ideas.