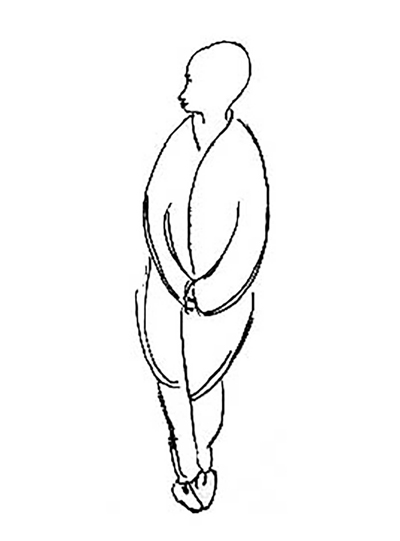 Reason for Arrest: Son of a Tsarist official, Vladimir Sveshnikov (pen name Kemetskii) left the Soviet Union with his family in 1920 and settled in Paris. During this period, his poetic talent gained recognition but his political views became increasingly radical. After a period in Berlin writing for the Russian émigré press, Kemetskii returned to the Soviet Union in 1926 to work as a journalist in Tbilisi. Less than a year after his return he was arrested on false charges of espionage.

Activity within the Camp: Kemetskii arrived at the camp in 1928 and quickly became associated with the literary scene. He was one of the camp's most published authors alongside fellow poet Iurii Kazarnovskii in the period 1929-1930. Within the camp Kemetskii wrote and published many poems, mainly in the Solovetskie Ostrova (The Solovki Islands) journal. One of his most poignant reflections on his life in the camp can be seen in his 1930 poem Song of the Return which contains almost explicit reference to the bleak conditions faced by prisoners.

After the Solovki: On March 23 1930 Kemetskii was exiled to the region of Arkhangel’sk, where he lived in extreme poverty. On 22 August 1936 Kemetskii was arrested again and sentenced to 5 years in the Ukhta-Pechora corrective labour camp (Ukhtpechlag) – another camp of the Gulag system in the Russian Republic of Komi. In 1937 Kemetskii was arrested within the camp on charges of ‘counter revolutionary agitation’ and on 29 January 1938 he was executed, alongside fellow poet Nikolai Aleksandrovich Bruni.