Next
Staff and Visitors

Sentence: Sentenced to death, commuted to 10 years imprisonment in the SLON. 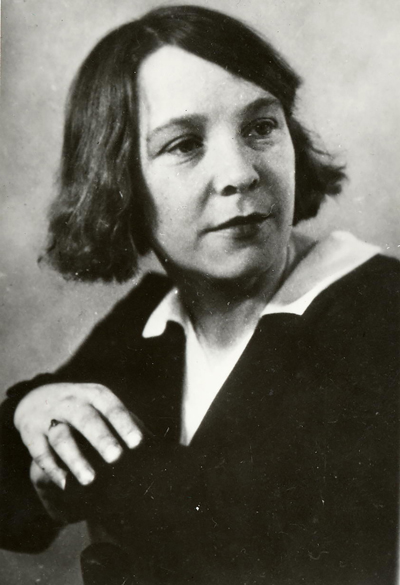 Reason for Arrest: Part of a group of young people meeting to discuss poetry and literature, the authorities imagined a counter-revolutionary plot and arrested the group’s members in 1929. Mogilianskaia was originally sentenced to death, but this was commuted to 10 years imprisonment at the Solovki Camp. Other members of the group received shorter sentences on the mainland.

Activity within the Camp: Arriving in the camp in 1930, Mogilianskaia worked as a typist in the USLON administrative building. Fellow inmate of the camp Dmitrii Likhachev recalls in his memoirs how she was lively, witty and made an impression on the younger prisoners.

After the Solovki: Mogilianskaia was transferred to the White Sea-Baltic Canal camp and then briefly onto the Moscow-Volga canal. Arrested again in 1937, she was shot in Dmitrovlag.

Next
Staff and Visitors