Sentence: Sentenced to death, commuted to 10 years imprisonment in the SLON. 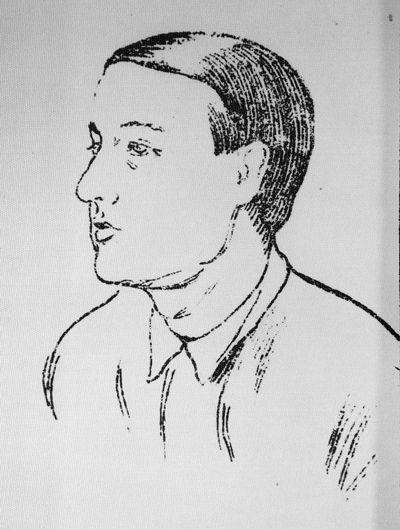 Reason for Arrest: At the outbreak of the Russian Civil War (1917-1922) Shiriaev sided with the White Army fighting against the Communist forces. According to what Shiriaev himself wrote, he was first captured in 1918 but managed to escape only to be rearrested in 1920 and sentenced to death for opposing the new Soviet state. Following the intervention of one of the leading Bolshevik commanders, Mikhail Frunze, he was ordered into forced labour in the Red Army, the Communist forces. In 1922 he returned to Moscow and was again arrested for his previous role in the White Army and sentenced to death. The sentence was again lessened to 10 years in the SLON.

Activity within the Camp: Within the Camp Shiriaev participated in the camp theatre and wrote for the Solovetskie Ostrova (The Solovki Islands) journal where in 1925-26 he published the tale 1237 Lines and several poems. He was also a columnist for the camp press.

After the Solovki: In 1927 Shiriaev was given early release from the camp and exiled to Central Asia. He lived in exile in the USSR until, during the Second World War, he managed to flee the Soviet Union. For the rest of his life Shiriaev avoided the Soviet Union living in Berlin, Belgrade and Italy. It was in Italy that he published, under the pseudonym ‘Aleski Alimov’, an overview of Contemporary Russian Literature and contributed to Russian émigré magazines. He wrote several books including Neugasimaia lampada (The Inextinguishable Icon Lamp, or The Unfading Light) about his experience in the Solovki prison camp. Shiriaev died in Sanremo in 1959.