‌BEAUTY IN HELL: CULTURE IN THE GULAG

Sentence: 10 years imprisonment in the SLON. 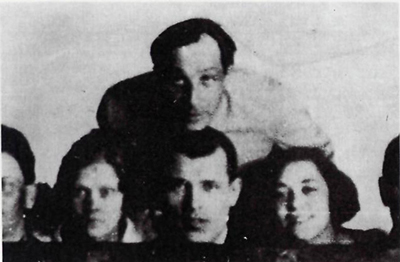 Reason for Arrest: On 1 November 1924, Glubokovskii and 13 others were accused of participating in the alleged counter-revolutionary group 'Orden Russkikh fashitov' (Order of the Russian Fascists) plotting against Soviet power. He was sentenced to 10 years imprisonment. Six of the other alleged members of the group were executed.

Activity within the Camp: Glubokovskii arrived at the Solovki Camp in May 1925 and quickly became one of the main figures of the cultural activity in the camp, dedicating himself to the theatre and writing for the camp publications. Before his arrest Glubokovskii had been an actor and writer, publishing literary contributions in magazines and acting for prestigious theatres in the capital. His work established him in the leading cultural and intellectual circles in Moscow including that of the famous poet Sergei Esenin. Within the Solovki he was active in the theatre of the camp, of which he was one of the leaders, and he published tales, poems and essays, sometimes under the pseudonym 'Boris Emel’ianov'. He was also involved in the artistic activities of the collective 'KHLAM' and wrote essays on criminal poetry and culture. He collected stories and camp folklore from his fellow inmates, a project which resulted in the publication of a pamphlet bringing together the many voices of the Solovki camp, of which there were over 2000 copies circulated.

After the Solovki: Following his release, accounts of Glubokovskii’s life became obscure and contradictory. He returned to Moscow and died somewhere between 1932-1937 either from drug abuse or suicide. Some accounts state that this suicide happened while in exile in Siberia, although they can not be confirmed.