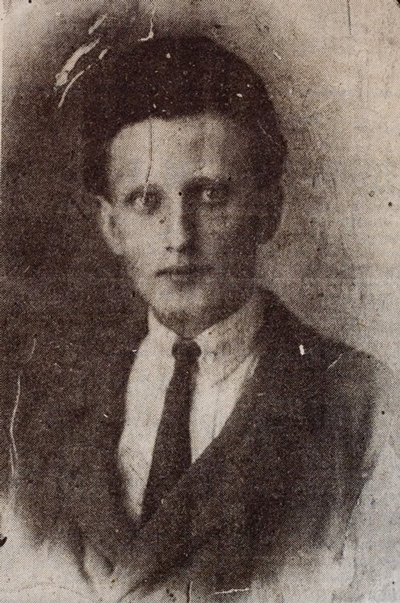 Reason for Arrest: On 19 December 1927, Kazarnovskii was arrested alongside 11 other students who were part of the literary circle ‘Vremennik’. During one of the group’s meetings one of the students had spoken in favour of the Tsar. An informer alerted the authorities to the group’s activities and all the students were arrested and sent to the Gulag .

Activity within the Camp: Kazarnovskii arrived on the Solovki Islands in 1928. Before his arrest, his work had been published in literary journals and magazines, gaining the respect from established Russian writers. Within the camp he continued to write and publish work in the camp publications, becoming one of the main contributors during the late 1920s. His texts were mainly humorous and drew largely on camp folklore and literary classics. His parodies of famous Russian poets are particularly brilliant.

After the Solovki: In 1931 Kazarnovskii was transferred from the Solovki Camp to work on the White Sea-Baltic Canal. During his time there he wrote poetry which was published in the canal press, a similar typography system to the one in place at the SLON. He was released in 1932 only to be arrested again in 1937 and sentenced to 10 years in a camp in Kolyma, a region in the Arctic North-East area of Russia. His experiences at Kolyma left Kazarnovskii with deep psychological and physical scars. The last record of his life comes from a letter dated 25 December 1959 to a friend detailing his worsening health conditions. It is more than likely that he died soon after. Kazarnovskii was one of the last people to see the poet Osip Mandel'shtam before he died in the Gulag.