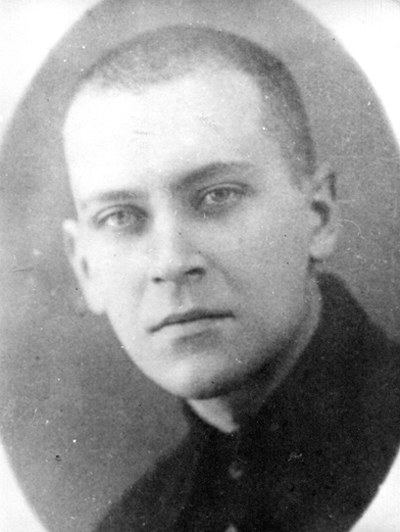 Reason for Arrest: While studying at the University of Leningrad, Likhachev was a member of the student association 'KAN' (Kosmicheskaia Akademiia Nauk - The Cosmic Academy of the Sciences) which was accused of being a counter-revolutionary organisation. On 8 Febuary 1928 he was arrested for his involvement with their activities.

Activity within the Camp: Likhachev arrived on the Solovki Islands in 1928 and, having first been assigned to general labour, he was employed within the ‘Krimkab’ (Department of Criminology). The ‘Krimkab’ was a research department within the Society of Ethnography which was entirely managed by the intelligentsia prisoners. To Likhachev, the research department came to feel like a second university, surrounded by the hellish environment of the camp. Likachev published his first article in one of the SLON journals, Solovetskie Ostrova (The Solovki Islands).

After the Solovki: Likhachev was transferred to the White Sea-Baltic Canal but then released in August 1932. Following the Second World War he published many studies of Russian Literature which gained him worldwide academic fame and honorary doctorates from the University of Torun (1964), the University of Oxford (1967) and the University of Edinburgh (1970). Likhachev’s political commitment gained him fame among the dissidents and following the collapse of the Soviet Union, he became a prominent public figure, receiving multiple awards for his lifetime of academic and political achievements. Likhachev continued in his commitment to both culture and politics until his death on 30 September 1999.