The University of Glasgow was founded in 1451, making it Britain’s fourth oldest university. The Hunterian is home to the memorabilia of famous staff and students. 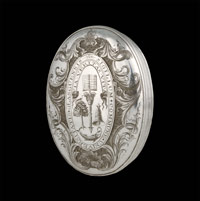 Star items include the University’s silver-gilt mace dating from 1465, the silver Loving Cup and Quaich, the 18th century Blackstone Chair used for oral examinations, and the model steam engine which led the young mathematical instrument-maker James Watt to the invention of the ‘separate condenser’, sparking off the Industrial Revolution, as well as medical and scientific equipment used in teaching over the centuries.

There are also fitments and fragments from the structure of the 'Old College' built in the 17th century and demolished in 1870.