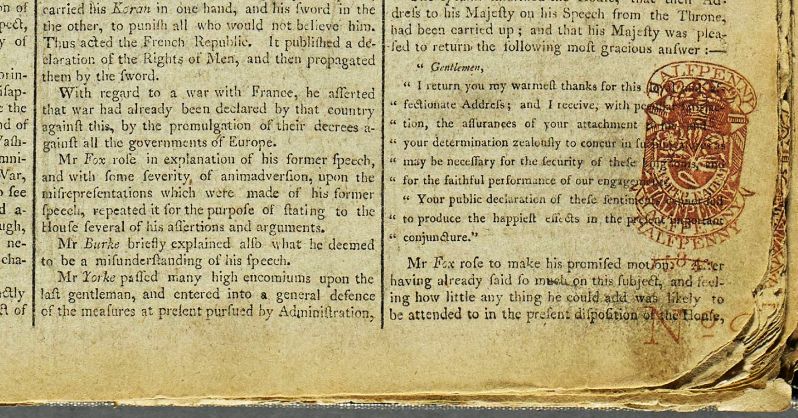 The Edinburgh Gazetteer: Radical Networks and Journalism in 1790s Scotland (2017) by Rhona Brown

This online edition of the Edinburgh Gazetteer, a controversial and short-lived radical Scottish newspaper from the turbulent 1790s, was funded by the Royal Society of Edinburgh and supported by the Mitchell Library, Glasgow, and the National Library of Scotland, Edinburgh. It was edited by Rhona Brown of the University of Glasgow and was completed in 2017. Detailed facsimile images of every available page of the Gazetteer can be viewed and zoomed into, and each page has been categorised with keywords to make it easier to focus on specific themes or people. In addition, the site features an interactive historical map of reform societies that are mentioned in the Gazetteer, an introductory essay describing the background to the Gazetteer and a list of selected further reading.