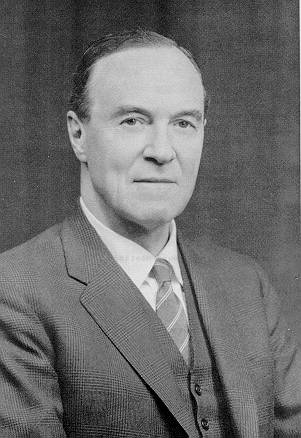 John Monteath Robertson ("JM") was a pioneer in the field of X-ray crystallography and the founder of organic crystallography. Among many other achievements, he is noted for the development of heavy-atom and isomorphous-replacement methods for solving the phase problem in chemical crystallography, thereby laying the foundations for subsequent determination of the structures of proteins and other biological macromolecules by X-ray diffraction.

In 1939 (Nature, 143, 75) he predicted that the structure of insulin would be solved in this way - a task finally accomplished by Dorothy Hodgkin and her Oxford group in 1969.