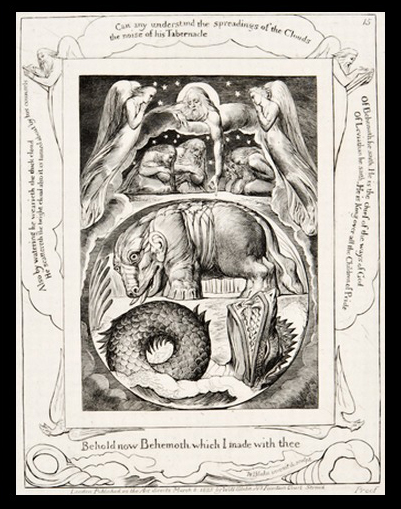 No eighteenth-century poet and engraver is more famous today than William Blake (1763-1827). His art and poetry hold a prominent place in contemporary British culture. He is perhaps best known for the words ‘And did those feet in ancient time’. These come from one of Blake’s ballads, set to music in 1916 by Sir Charles Hubert Parry. Since then it has been known as the Jerusalem Hymn, now performed every year at the Proms and a favourite anthem of England Football fans.

It might then come as a surprise that Blake struggled to find an audience in his lifetime. He was born in London and trained as an engraver with a man called James Basire. At the time, engraving was viewed as a skill. It was an expert trade used primarily to complete the reproduction of another artist’s designs. While Blake made a good start in this business, it soon became clear he viewed it as a form of menial subservience. His real ambition was to make his own art work. As we will see throughout this project, Blake was often committed to his ambitions regardless of whether he could find a market or audience. While there were prominent and important artists who admired and supported Blake, such as the Royal Academician John Flaxman, Blake was often unable to gain the recognition which would allow him to be independent. For example, he never gained entry to the prestigious Royal Academy of the Arts in London and this lack of institutional recognition for his work was often a sore point.

The Hunterian collection includes one of the great examples of Blake’s reimagining of engraving as a fine art. Blake’s engraved illustrations to The Book of Job, completed in 1825, do not merely depict scenes from the text, but re-invent and re-interpret their original meaning. He also makes excellent use of his ability to combine word and image, developed over the previous thirty years. Through public talks and a blog series, Printing William Blake (1757 - 1827), I will examine the story of how Blake came to make these remarkable images, and ask why his work is so resonant today?

Michael Black’s thesis examines the significance of William Blake’s poetry and visual art in the experimental fiction of the modernist author Virginia Woolf (1882-1941). Woolf is perhaps best known for her major one day novel Mrs Dalloway (1925). Her avant-garde approach to writing made Blake a kindred spirit. Much of her work was produced in the period in which Blake was gaining much greater recognition, largely due to the study of Woolf’s great friend the doctor Geffrey Keynes, brother of John Maynard Keynes

Image: William Blake, "Behold now Behemoth which I made with thee"; Illustrations of the Book of Job, plate 15, © The Hunterian 2018