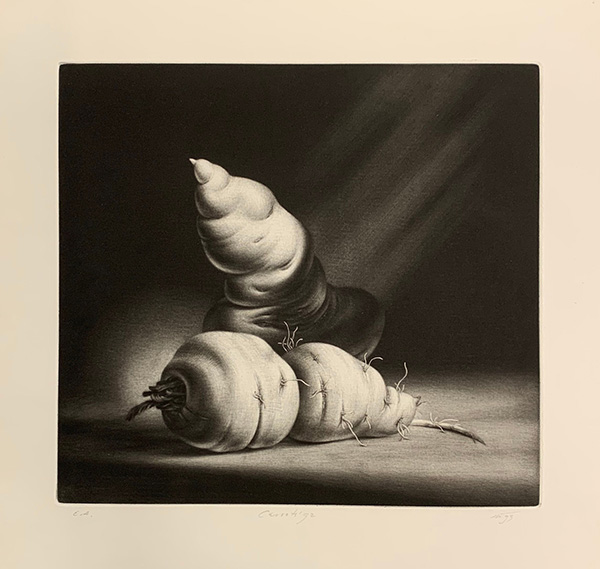 This project examines a group of 16 prints by artists from the former USSR Konstantin Chmutin (b.1953) and Pavel Makov (b.1958). These artworks acquired by The Hunterian in the early 1990s, are witnesses to a brief period of cultural exchange between Glasgow and the former Soviet Union following the fall of the ‘Iron Curtain’ in 1989 and the opening of borders between ‘East’ and ‘West’. Created against the backdrop of rapid social and political change within Europe, during anxious times of the transitional period, these works still have not lost their meaning. The project uses these artworks as lenses through which to view the times of transition in the late 1980s and the early 1990s from the perspective of the transitional state we are currently experiencing during the Covid-19 pandemic. 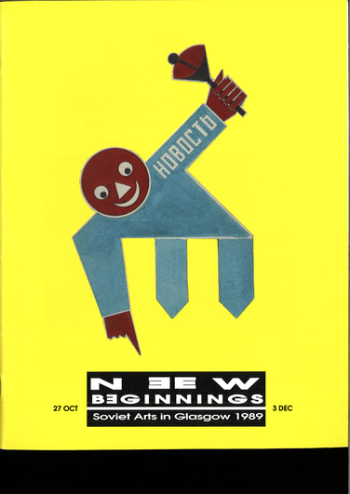 In autumn of 1989, Glasgow held the city-wide festival ‘New Beginnings: Soviet Arts in Glasgow’. Its title was both symbolic and pertinent. In light of president Mikhail Gorbachev’s reforms of Perestroika and Glasnost, the severe restrictions of arts in the USSR were lifted and the artists were officially allowed to travel to, and exhibit in the UK. At the same time, Glasgow was undergoing its own transition from the city of heavy industry and shipbuilding to the city of culture. The richness of cross-cultural exchange facilitated by ‘New Beginnings’, the largest showcase of Soviet art in the UK to date, was a significant factor in Glasgow’s becoming European City of Culture in 1990. In the following years of collaboration, Glasgow was visited by numerous young artists from former USSR including Makov and Chmutin.

Transitional periods, like the one represented by ‘New Beginnings’ in 1989, are the times of social or political vacuum when the past orders are crumbling, and the new ones are not yet established. These are the difficult times of uncertainty and worry. Anxious times that operate directly on the lives of individual people, deep on the existential layer, leaving significant and long-lasting impact. In light of the present Covid-19 pandemic, the life and the world as we knew it has stopped and the new one exists only as a potentiality. We stand isolated among the ruins, at the threshold of the other world, each of us a romantic hero. We are left with little more than a nostalgic dream of the past and overwhelming anxiety about the future with its infinitude of potential outcomes. These were the feelings of Makov when he arrived in Glasgow in 1991 with ruins of the past and uncertainty about the future featuring prominently in his work. As a means of introspection, Chmutin employs the sharp contrast between light and dark of the mezzotint technique, highlighting the balance between the worlds of material perception and emotional experience.

To what extent can our present experience of transition inform our understanding of these artists’ work?

For answers to these questions and more, scroll down to watch Peter's online Insight Talks on Konstantin Chmutin and on Place III by Pavel Makov.

Peter Tuka is a second year PhD Candidate in History of Art at the University of Glasgow. His research interests lie in the sphere of 20th century East-Central European art within the socio-political background of totalitarian regimes. The focus of the research is the ways different forms of totalitarian sovereignty operate directly on people’s lives, and how in such conditions art often becomes a means of spiritual transformation and a form of personal non-violent resistance against oppression and exploitation.

Check out Peter's videos related to his Hunterian Associate Project. 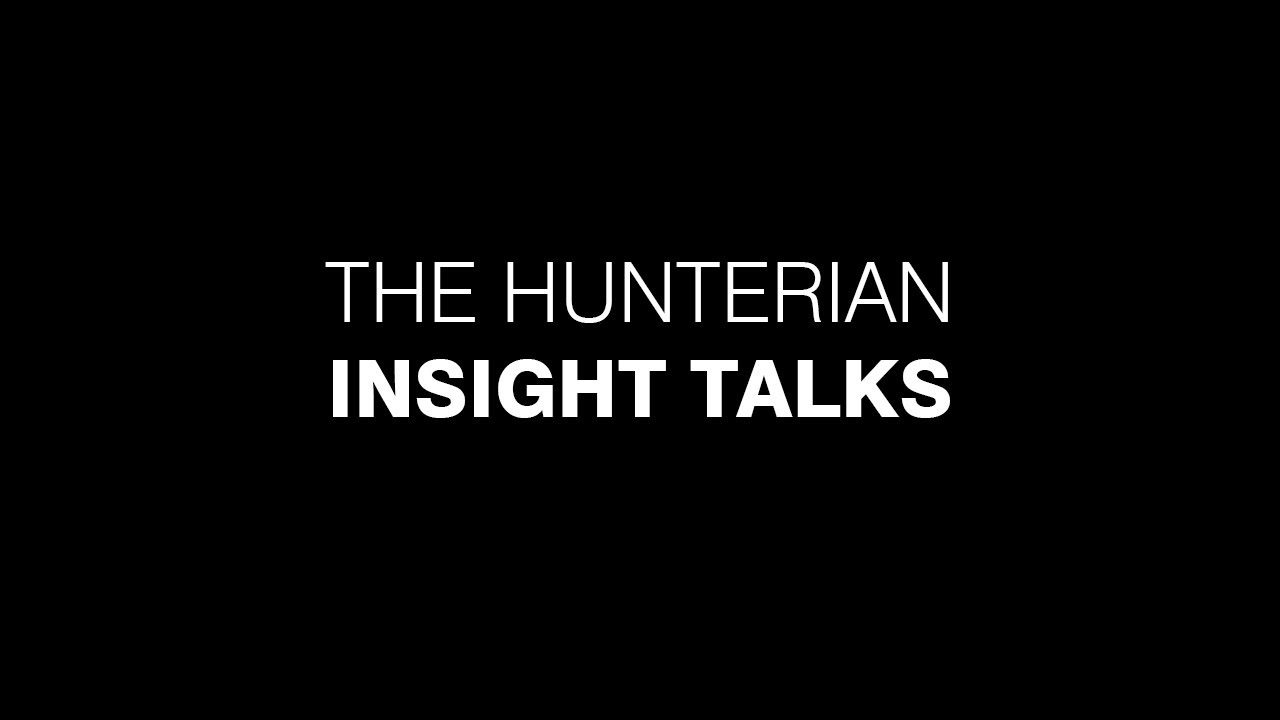 Peter Tuka, PhD candidate in History of Art at the University of Glasgow discusses the work of Russian printmaker Konstanin Chmutin. This talk is part of Peter's research project for the Hunterian Associates Programme, and he tells us a little bit about the project itself as well as Chumutin's mezzotints.