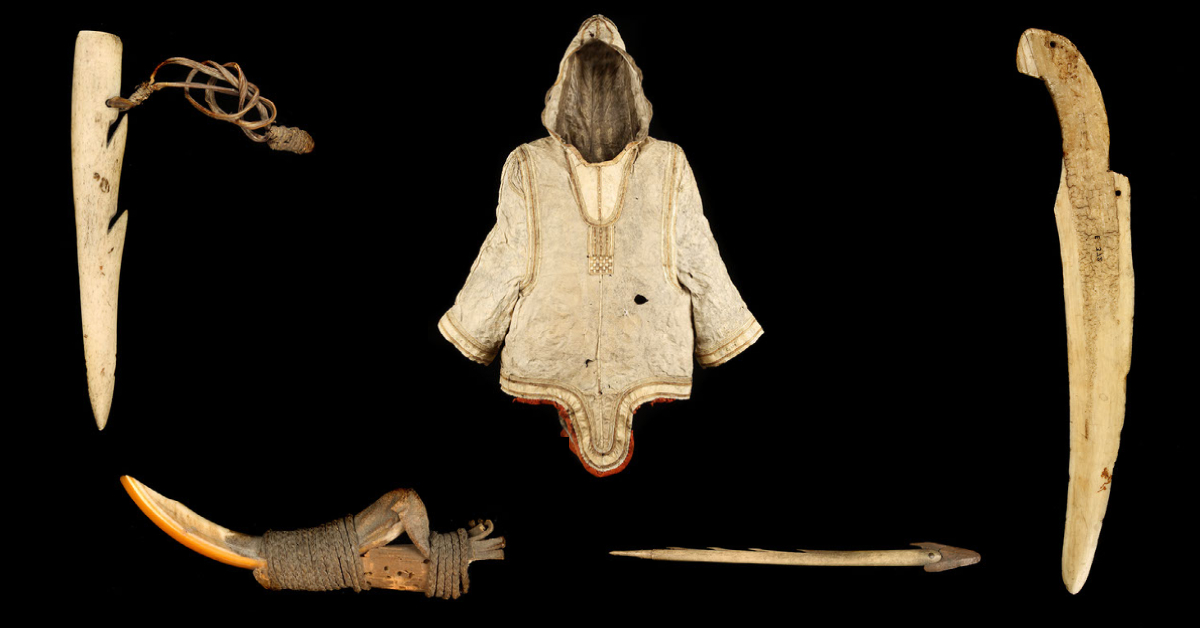 Hunterian Associate Alexandra Abletshauser explores the histories of indigenous objects from North America and the changing stories and narratives of objects from the past to the present.

Alexandra Abletshauser, Doctoral Candidate in Canadian Literature.
Alexandra is working on Canadian prose writing from 1880 to 1914. She explores how English-Canadian and French-Canadian women writers used to emotions to engage in contemporary discussions on social and political issues. 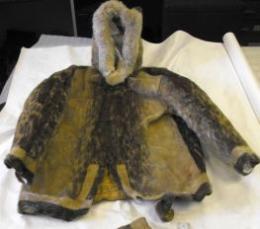 Among the many holdings of The Hunterian collections can be found items such as a pair of mittens from the Huron-Wendat from the Great Lakes region in North America and a parka from the Inuit from Baffin Island, Canada. The online catalogue provides us with information regarding the objects’ materials and their possible geographical origins.

However, it does not provide us with any information of their makers or who brought them to The Hunterian. The catalogue leaves the following questions unanswered: Who made the objects and why? How did they come the long way from North America to Scotland? Who brought these objects to Scotland and why?

This project explores the histories of indigenous objects from North America and the changing stories and narratives of objects from the past to the present. Many objects came to Scotland in the nineteenth century. I will analyse the British perceptions of North American Indigenous Peoples during the nineteenth century. This project will further examine how museums deal with the colonial past and acquirement of indigenous objects. In addition, it will demonstrate how contemporary 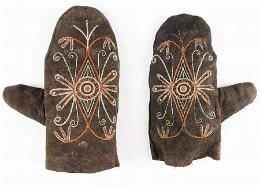 museum practices are changing and begin to include Indigenous viewpoints and de-centre Eurocentric views. 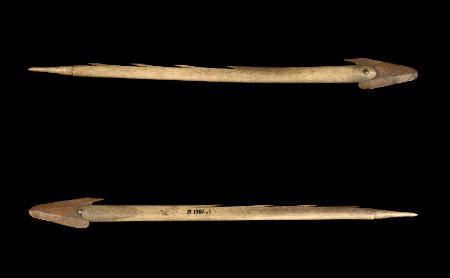 During Autumn 2021 this arrow was on display in The Hunterian Museum Entrance Hall as its Object in Focus. It gives insights into the life of the people who made and used it, most likely Inuit.  However, we know nothing of its story before being donated to The Hunterian in 1951 by Arthur Henderson Bishop. Biographies of Objects stresses the importance of presenting the perspective of the peoples from whom the featured objects have come and for this reason we invite you to explore their lands and voices through these external links.

The video is part of the online exhibition Hanging Out / Lieux de Renconcontres. This exhibition invites us into the communities of young Indigenous people in Quebec to discover their daily life and their culture. The virtual exhibition is curated by La Boîte Rouge VIF, an Indigenous non-profit founded in 1997. Have a look around. Can you find Adamie’s other videos as well?

**Content warning: The following content may be disturbing to some visitors.**  University of Glasgow helplines are listed below.

The term "school" is highly misleading. The residential school system aimed to forcefully assimilate indigenous children into Euro-Canadian society. They were not allowed to speak their Native languages or to live their Native cultures. Many children suffered physical, sexual, verbal and emotional neglect and abuse. Several thousand children have died.

The residential school system actively participated in the policy of cultural genocide with the aim to eliminate and erase First Nations, Inuit and Métis Peoples in Canada.

The Truth and Reconciliation Commission of Canada (TRC) was established to document the history and lasting impacts of the Residential School System on indigenous children and their families. The TRC ran between 2008 and 2015. The TRC concluded that the residential school system was cultural genocide against the Indigenous Peoples in Canada.

In 2008, the then Prime Minister of Canada, Stephen Harper, issued an apology to all former students of residential schools. He called the residential school system ‘a sad chapter’ in Canadian history. The official apology recognized the terrible legacy and ‘lasting and damaging impact on aboriginal culture, heritage and language’ that still resonate in today’s indigenous communities in Canada.

The Truth and Reconciliation Commission of Canada (TRC) was established to document the history and lasting impacts of the residential school system on indigenous children and their families. The commission published its final report along with 94 Calls to Action in 2015.
Full report and the 94 Calls to Action of the TRC

The online exhibition Where are the Children? Healing the Legacy of the Residential Schools illustrates the history and legacy of Canada’s residential school system through the stories of survivors, archival photographs and documents. The exhibition is curated by Iroquois artists Jeff Thomas.

If you missed our event with Dr Renae Watchman at the Andrew Hook Centre, you will enjoy reading this blogpost, summarising the event.

From December 2020 to June 2021, we ran the event series Creative Conversations with Indigenous Canada. We were honoured to virtually welcome three award-winning writers from Canada: Eden Robinson, David A. Robertson, and Jesse Thistle. To learn more about the authors and their works, follow the links below.

Eden Robinson: About the Author

David A. Robertson: About the Author and "Kiwew", a 5 part Podcast 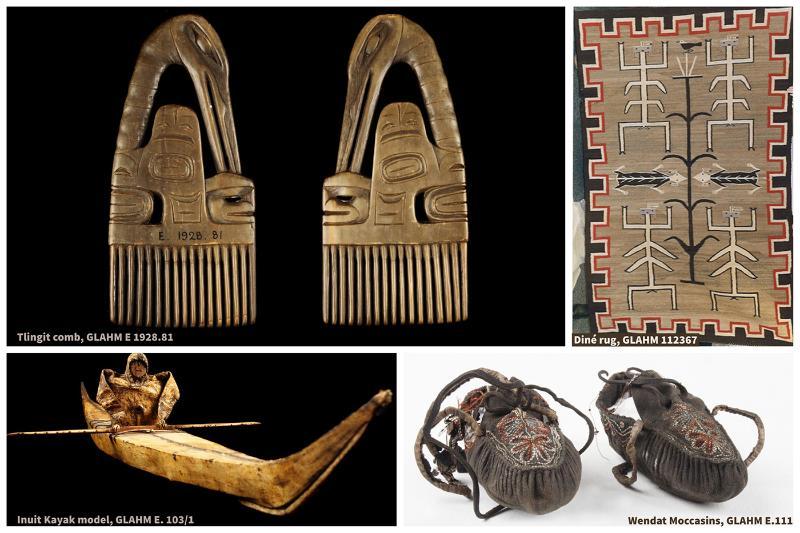 Use the links below to browse The Hunterian's online collections for items relating to Native Americans and First Nations of Canada.