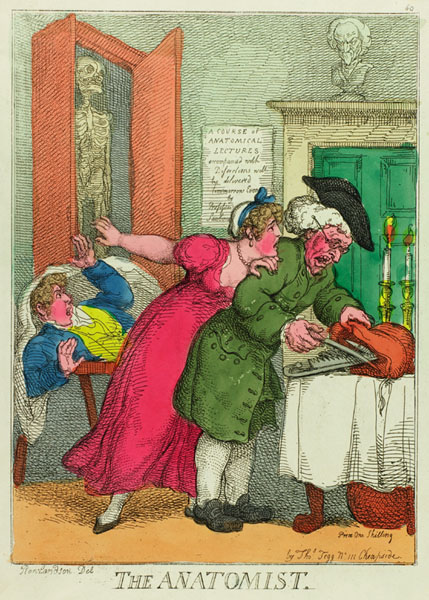 This project highlights the unique stories of some of William Hunter’s anatomical specimens in an online exhibition, using them to explore medicine, life and society in the 18th century.

Hunter collected a vast number of anatomical specimens while practicing medicine in the 18th century, a large portion of which are still held by The Hunterian. The specimens range from examples of ‘normal/healthy’ anatomy, to displays of the many diseases which plagued Hunter’s patients, and to comparative specimens from other species. With so much variety – Hunter had over 3,000 preparations described in his catalogues – it can be easy to overlook individual items in the collection.

Specimen Stories focuses on the narrative of the collection to a much smaller scale. Hunter’s possible motives behind collecting particular objects will be examined, and each explores the wider issues and society of the 18th century. Why did Queen Charlotte own an elephant and what book did it write? Why was being ‘anatomised’ used as a criminal punishment? Just what was the ‘putrid sore throat’, an infection recently seen in BBC’s Poldark? It is hoped that this will bring the collection to life (not literally!), showing how anatomical preparations are more than just jars of body parts. 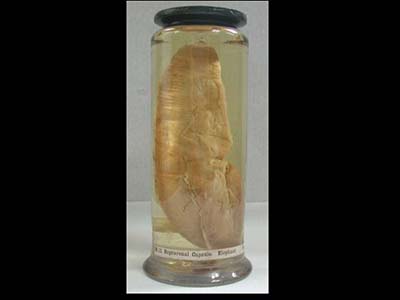 View these stories in my online exhibition.

Frances is a Leverhulme-funded research scholar using modern DNA sequencing techniques in the examination of a historical debate between two renowned 18th century physicians, Drs John Hunter and Benjamin Bell.  The two dissented on whether syphilis and gonorrhoea were different clinical manifestations of the same disease or were two separate diseases?  Using syphilis specimens held at The Hunterian (the collections of John Hunter's brother Dr William Hunter), Frances is interrogating the accuracy of eighteenth-century disease classifications to determine (1) to what extent the pathogen may have mutated since the eighteenth century and (2) evaluate the diagnoses of ‘lues venerea’: what diseases may have been included in their broad classifications.