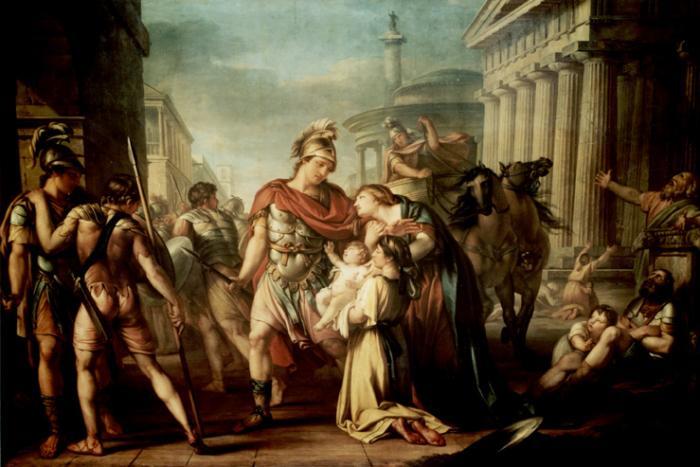 Classical epic has influenced art and culture for millennia, with epic forms represented in everything from ceramics to comic books. From Homer to Ovid, the myths and tales of classical heroes have assumed such a central position in Western culture that their influence can be seen in nearly every facet of contemporary life. With this project, I hope to explore how the modern age has been shaped by ancient narratives and showcase the expansive influence of the epic.

Using representations of early epic, including Ovidian illustrations and papyrus fragments, as a starting point this project will explore the development of epic through a wide range of different forms. Using examples drawn from the Hunterian art collection including Hamilton’s ‘Hector’s Farewell to Andromache’ and modern media, this project will chart an evolution of the epic from Homeric poetry to the stories that shape the contemporary world. This story of development will be the subject of a virtual walking tour, designed to showcase the epic holdings of The Hunterian and the University of Glasgow’s Special Collections.

To create this virtual walking tour, I am planning on creating a series of short vlogs to be shared on YouTube. These vlogs will include:

Florence is researching the influence of the classical epic on contemporary fiction; exploring the overlooked mythography of postmodern novels through epic devices such as ekphrasis, katabasis and classical linguistics with a view to challenge the presentist bias in contemporary American fiction.

Find out more on Florence Thomas.

Image: Hector's Farewell to Andromache, Gavin Hamilton, circa 1774, GLAHA 44127  © The Hunterian.  On display in The Hunterian Art Gallery