Chapbooks: Literature of the Streets 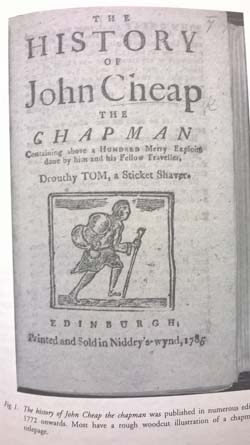 Chapbooks, or ‘cheap books’, were inexpensive, small, paper-covered booklets that were produced for a newly literate, primarily working class population that could not afford books. Their circulation began in the mid-sixteenth century, although their consumption increased sharply in the mid-eighteenth century until the mid-nineteenth century when the mass production of the periodical press overtook chapbooks in popularity.

There are well over 1000 chapbooks held in Special Collections at University of Glasgow and I will be reading them all and vlogging the highlights.

The contents of the chapbooks varies greatly, from spelling primers to religious tracts to rewrites of popular novels - there are four different versions of Gulliver’s Travels alone!

‌At this point in the project, I am planning on posting video blog series to YouTube to be shared on social media. These vlogs will include:

‘Learning to Read with the Victorians’ - a vlog looking at spelling books, textbooks and primers, some of which feature rather questionable educational examples: ‘D is for Drunkard’

‘Tales of Moral Didacticism’ - what behaviours did C18th/C19th cheap literature try to promote? And how did they go about this? (Note: some of their tactics will be utterly bizarre, and perhaps offensive, to the modern reader.)

‘Novel Adaptations’ - we’ll just skip half the story, add in more gore, give it the same title and sell it for a penny or less. It’s the same thing, right? 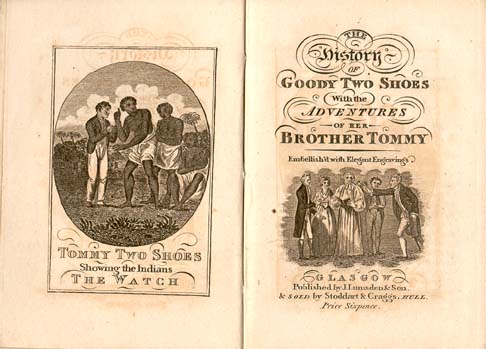 The exciting thing about this vlog series is that it will allow me to share some examples of what the general public, who could not afford the classic novels that we associate with this time period, were actually reading and sharing. Through these vlogs I will invite others to research and value, not only the literature that circulated in large country houses, but also that which circulated through the streets and into the hands of the common people.

I will also be blogging ‘behind-the-scenes’ of the video blogs from my personal website,  so watch this space!