The Doctor in the Family: Dr Walter Graham Blackie 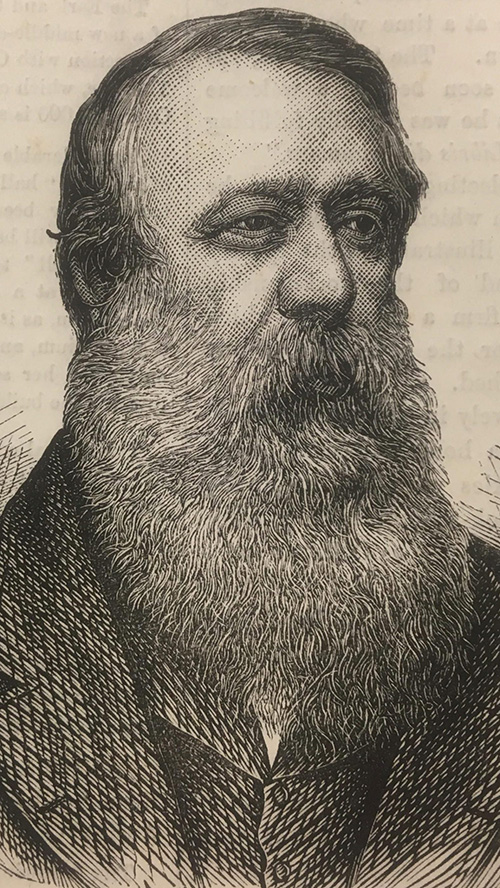 Dr. Walter Graham Blackie gained his doctorate from the University of Jena, whilst on a five-month trip to Germany, on the 13th of February 1840. This might sound rather unusual from the son of a prominent Glaswegian family in the mid-nineteenth century. Although he had been an avid student at the University of Glasgow, his travels abroad had interrupted his studies. In 1840, at the age of 24, he had not only been a devoted student, but had also for the past three years been the head of the Blackie & Son printing works. The Blackie & Son publishing firm were a prominent local, national and international presence. Located within the centre of Glasgow, the Blackie & Son firm were known for their production of fictional, poetic, religious, geographical and educational works. Indeed, Dr. Blackie can be seen as the culmination of these progressive texts: he was a great influence in the educational reforms implemented in Glasgow throughout the Victorian period.

Through exploring the Blackie & Son archives held at the University of Glasgow, we will be able to access the personal items which Dr. Blackie put together himself. These include: diaries (which cover a broad period of the nineteenth century), personal letters, scrapbooks, as well as key business materials which record the inner workings of the firm. The project will be particularly interesting for those who want to find out about the publishing industry during the nineteenth century, and the ways in which Glasgow was grounding itself as a hub for social and cultural change.

We will explore how Dr. Blackie was an integral part of this social and cultural transformation during this time through a regular fortnightly blog. You will be able to interact with the ideas and issues which surrounded the transformation of Scotland – and far beyond its bounds - during the nineteenth century. We will also be able to debate and review Dr. Blackie and his involvement in the publishing industry, and the evolving Victorian era as a whole, through a monthly podcast. Why not follow "The Doctor in the Family"  for updates as it develops.

The project aims to provide new information regarding an over-looked area of history which has been important in founding Glasgow – and Scotland – as a centre of cultural change. Our journey involves delving into the personal aspects of one man to further understand the complex and transformative events of the Victorian era.

Hannah’s thesis examines the Victorian reception of James Hogg (1770-1835). Hogg was a prominent poet, writer and public figure during the early nineteenth century. The research explores how the posthumous construction of Hogg’s public character - and the subsequent re-publications of his works throughout the Victorian era - are integral to understanding his reputation. The first posthumous collected edition of Hogg’s works was published by Blackie & Son in 1836.